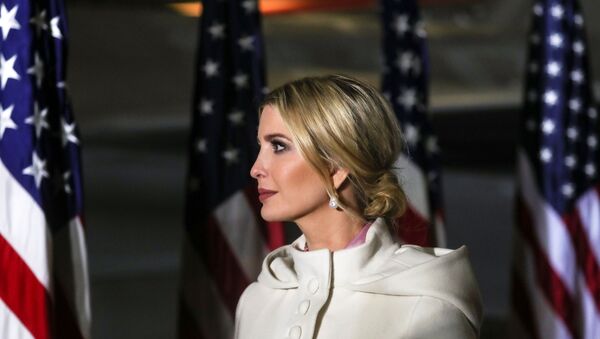 Despite multiple scandals and the ongoing impeachment process, Donald Trump still has a feasible chance of getting re-elected next year. Ivanka Trump, together with her husband Jared Kushner, are senior advisers to the president.

Whether or not Ivanka Trump will remain part of her father’s administration if he secures another term depends on her kids, the First Daughter has said.

“I’m driven first and foremost by my kids and their happiness", Ivanka said in an interview about paid family leave on CBS’s Face the Nation.

“So that’s gonna be my top priority and my decisions will always be flexible enough to ensure that their needs are being considered", she added. “So they will really drive that answer for me".

Ivanka, 38, has three kids with real-estate developer Jared Kushner: Arabella (born 2011), Joseph (born 2013) and Theodore (born 2016). Both Ivanka and Jared serve as special advisers to Donald Trump – roles that led to accusations of nepotism against the president. 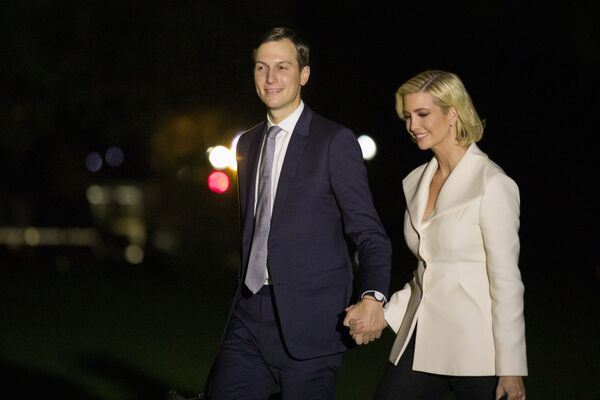 White House Senior Adviser Jared Kushner and his wife Ivanka Trump, the daughter and senior adviser to President Donald Trump, walk to the White House after stepping off Marine One on the South Lawn of the White House, early Friday, Oct. 18, 2019, in Washington.
© AP Photo / Alex Brandon

The couple had lived in New York City with their children before moving to Washington, D.C. to serve in the administration. In a 2017 interview, Ivanka confessed she would have never imagined her leaving New York, and initially wanted to treat her stint in D.C. like she was a “visitor”.

As presidential adviser, Ivanka’s pet causes are jobs, employment, and women’s empowerment. In that capacity, she pushed for a twofold increase to the child tax credit, backed a bill that funded access to paid family and medical leave for 2 million government workers, crafted an increase in child care funding, launched a now-$100-million global women’s initiative and sought an expansion of skills-training and apprenticeship programmes.

Referring to her job in the White House as yet “unfinished”, Ivanka appeared reluctant about the idea of running for office because she said she preferred policies over politics.

“You know, for me, the politics is truthfully less interesting", she said. “Even in this combative climate, where people are just killing each other and it’s just pure partisan raw politics, there is so much positivity and there’s so much hope".