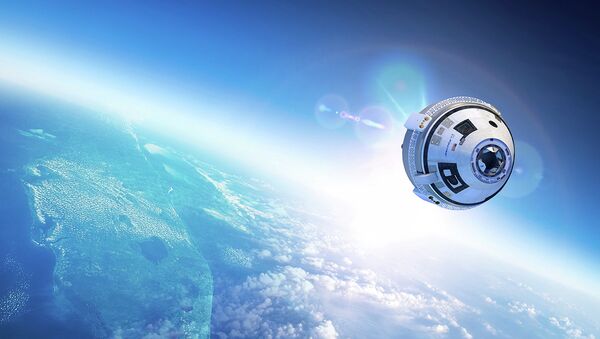 © Photo : NASA
Subscribe
On Friday, NASA and Boeing carried out a long-awaited unmanned test flight of the new Starliner spacecraft, with the crew capsule failing to dock with the International Space Station as planned.

The test flight got off to a good start, with the capsule lifting off aboard an Atlas V rocket from the Cape Canaveral Air Force Station in Florida at 6:36 am EST.

In the minutes that followed, the rocket successfully jettisoned its solid boosters, the main booster engine was cut off, with the Centaur rocket stage separating and ascending above the jettisoned engine. After that, the special ‘aeroskirt’ designed to improve the crew capsule’s aerodynamic properties was jettisoned. Finally, the Centaur’s main engine was cut off, after which the Starliner module itself separated and floated into orbit.

The entire process is illustrated in this handy infographic, courtesy of United Launch Alliance. 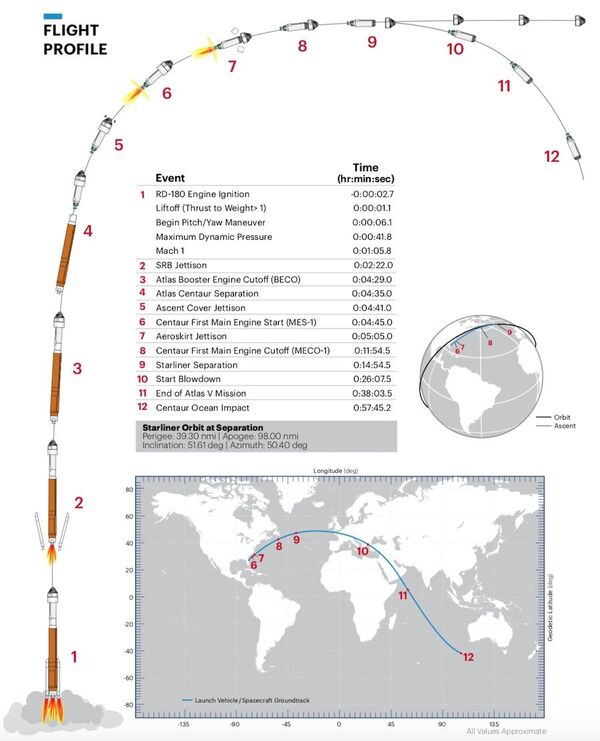 About 30 minutes after launch, after Starliner had separated from the rocket it used to piggyback to space, Boeing Space tweeted that the the capsule had suffered “an off-nominal insertion,” meaning it failed to put itself onto the course that would allow it to reach the ISS as planned.

Starliner has an off-nominal insertion, but we have spacecraft control. The guidance and control team is assessing their next maneuver.

In a press conference Friday morning, NASA and Boeing officials including NASA Chief Jim Bridenstine confirmed that they are looking to bring the spacecraft back down to Earth, since the capsule had burned too much of its fuel during an orbital insertion burn attempt to allow it to rendezvous with the ISS.

According to Bridenstine, the capsule suffered from an “anomaly” affecting its Mission Elapsed Time (MET) timer, which caused the spacecraft to erroneously conclude that it “was in an orbital insertion when it was not,” and to veer off course. Engineers have yet to figure out exactly what caused that malfunction.

Furthermore, adding insult to injury, the spacecraft was said to have temporarily lost its connection with ground control as it moved between two satellites, preventing ground control from getting a signal to command the craft remotely to correct its course in time.

What if Astronauts Were Aboard?

The Starliner crew capsule was meant to start manned launched starting in 2020. Preempting concerns over the capsule’s safety for crew, NASA astronaut Nicole Mann explained that if astronauts had been aboard, they could have saved the mission by taking control of the craft manually and maneuvering it to the required trajectory.

Bridenstine echoed the sentiment, noting that “if we had crew onboard they would have been safe and we may be docking with ISS tomorrow.”

Due to Friday’s failure, NASA and Boeing are now left without a successful test of the Starliner’s ability to dock with the ISS, or to make its descent back to Earth from the station. Additional unmanned testing will thus likely be necessary before manned flights can begin.

Friday’s failure is undoubtedly a setback for Boeing, and a possible boon to SpaceX, which was given its own $2.6 billion crew capsule contract. But the private space company has faced technical issues of its own (including the explosion of a Dragon crew capsule during a ground test in April).

For now, NASA may be stuck hitching rides to space aboard Russia’s tried and tested Soyuz rockets.

Starliner is now stuck floating in space, left in an orbit which would allow it to be brought back and touch down in White Sands, New Mexico, possibly as soon as Sunday.

We have a projected return to White Sands in 48 hours. If we can stay longer and get more test objectives, we will do that.

000000
Popular comments
Blamed it on an alien ship interference...!