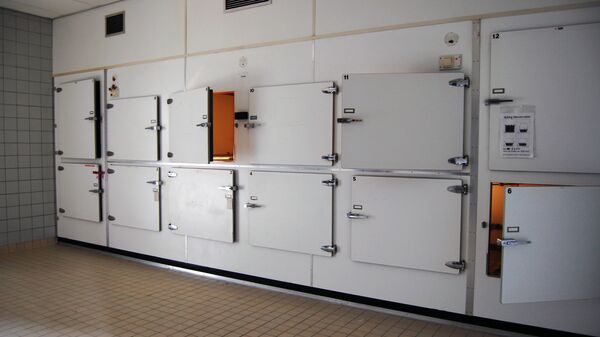 The chilling story reportedly played out at the Institute of Legal Medicine in Manaus, where a 52-year-old worker allegedly returned with another colleague after they got drunk, celebrating the football team Flamengo’s victory in the Copa de Libertadores.

A 52-year-old employee at the Institute of Legal Medicine has reportedly been fired over allegations that he had sex with the corpse of a girl (a minor, as some news outlets suggest) right in the office, local media report. According to several outlets, Wanderley dos Santos Silva from Manaus was caught doing this by an officer from the Department of Forensic Police who dropped in the autopsy room to collect information about a female corpse.

Necrophilia Threat Man Appeals in UK But Why Would You Want Sex With a Corpse?
He reportedly ran away from the scene, but the case was reported to the department, which fired the suspected staffer for "serious functional faults" as well as an unnamed colleague, who was present when Silva allegedly committed his offence.

The two reportedly returned to their workplace in the early morning as they were celebrating their favourite team Flamengo’s victory in the Copa de Libertadores in late November.

Although police have opened a case into necrophilia, it is unclear whether the disgraced morgue worker has been arrested. However, if he is found guilty of having sex with the corpse, he could spend up to three years in prison, a local lawyer revealed.