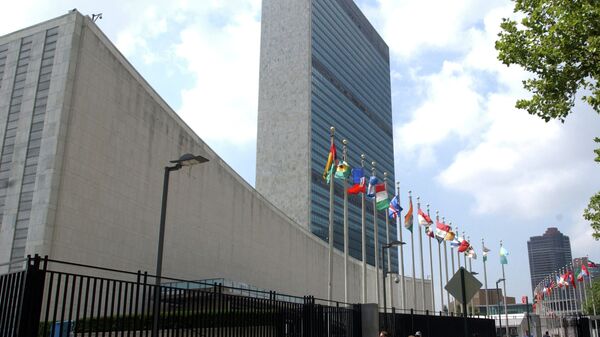 "The Secretary-General is aware of the reports," Haq said on Thursday. "With the ending of the Intermediate Nuclear Forces Treaty, the Secretary-General emphasizes the need for all States to avoid destabilizing developments and to urgently seek agreement on a new common path for international arms control."

Earlier in the day, a public affairs officer at Vandenberg Air Force Base said that the United States had tested a land-based intermediate-range missile from the Vandenberg Air Force Base in the state of California. The Pentagon did not clarify the missile's specifications. This test was the second publicly declared test of a ground-based nuclear-capable medium-range missile since August.

Secretary of Defence Mark Esper in a statement praised the test and noted that it took less than nine months to develop the projectile from concept to launch.

In August, the INF accord was terminated at the initiative of the Trump administration, after Washington formally suspended its INF obligations six months earlier. Both countries have repeatedly accused each other of violating the deal which banned any ground-launched ballistic and cruise missiles with ranges of 500 to 5,500 kilometres (310 to 3,417 miles).