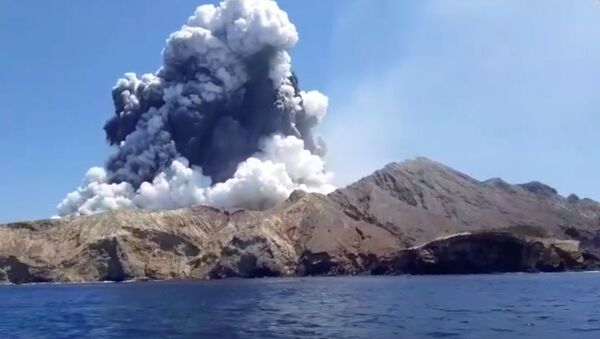 Eight service members enlisted in New Zealand’s military began a risky mission at dawn on Friday to White Island, where their objective will be to quickly locate and retrieve the bodies of individuals killed during the recent eruption of the island’s still-active stratovolcano.

The plan for the military officials will be to fly from the patrol vessel HMNZS Wellington toward the island and quickly begin to collect the bodies of eight individuals - the locations of six of whom have already been pinpointed by officials through the use of drones and other monitoring technology, the New York Times reported, citing Mike Clement, New Zealand’s deputy police commissioner of national operations.

“They will go on to the island and they will make every effort to recover all of the bodies,” Clement told reporters Thursday, noting that once the bodies are located, officials will then work to transport them back to HMNZS Wellington, which will be anchored off the island’s coast.

At the same time that service members work to complete their mission, a geologist will be present to analyze data in an effort to determine whether or not the mission needs to be called off. Experts have indicated that the White Island volcano, also known as Whakaari, has a 40-60% chance of erupting again within the next 24 hours.

“The risk is not gone,” Clement told AFP. “People are putting themselves on the front line to do the right thing … our thoughts and our prayers and our love will be with them.”

Officials have stated that service members will be deployed to the island with protective clothing and breathing apparatuses in case a second eruption takes place during the high-risk mission.

The launch of the mission comes as grieving family members demanded that the New Zealand government do more to attempt to retrieve the bodies of missing loved ones.

The natural disaster unfolded Monday, forcing the immediate evacuation of roughly 100 tourists who had been on the island to explore the volcano. A total of eight people have been confirmed dead as a result of the eruption, with another 16 believed to have died, according to the Guardian.