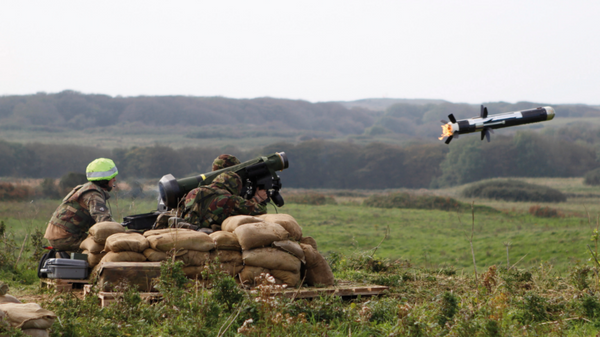 The Trump administration will seek at least $250 million in military aid for Ukraine next year, a senior Pentagon official said at a Wednesday press briefing. Months ahead of schedule, the announcement comes amid an impeachment inquiry into the president for withholding some of this year’s aid to the country.

“Assuming of course the Congress authorizes and appropriates it, we will continue that. We do envision continuing lethal aid assistance to Ukraine," US Undersecretary of Defense for Policy John Rood told reporters Wednesday, Defense News reported. The outlet noted the bill will be for at least $250 million, the size of this year’s aid.

“There is a general common opinion in both the government and Congress that it should be ramped up,” Zahorodniuk said, indicating the country would seek more Javelin anti-tank missiles as well as three more Island-class patrol boats next year.

Zahorodniuk said the aid “has a symbolic meaning,” illustrating US and Western support for the country. Washington has dramatically increased its military aid to Kiev in the aftermath of the 2014 coup d’etat led by pro-Western ultra-nationalists, which precipitated a revolt by Russian-speaking provinces in the country’s east and south. Kiev and Washington have accused Moscow of waging a proxy war in the eastern Donbas region by supporting the autonomous cities of Donetsk and Lugansk.

Ukrainian President Volodymyr Zelenskyy, who took office following an upset election in April, has promised to end the five-year-long conflict in Donbas. However, in October he suggested dissolving the autonomous republics completely, which was seen by dialogue partners in France, Germany and Russia as “a departure” from previously envisioned peace plans, Sputnik reported.

“Our desire, as we’ve moved forward at the Defense Department, has been to work with our Ukrainian colleagues to provide the security assistance as envisioned,” Rood said, indicating the vast majority of this year’s aid set aside for the Eastern European country has been sent. “Of the $250 million, a lot has been put on contract for the variety of things envisioned for the Ukraine Security Assistance Initiative.”

Trump is suspected of having threatened in a July phone call to withhold $391 million in aid to Kiev until Zelenskyy opened an investigation of former US Vice President Joe Biden and his son, Hunter Biden. Democrats in the US House of Representatives opened a new phase of the impeachment investigation on Wednesday that will explore the legal side of the issue, having already obtained witness testimonies from US diplomats connected to the July conversation in question. No charges have been pressed against Trump.