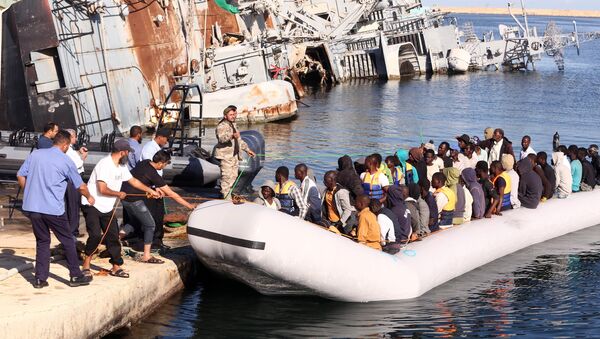 With one of the most generous welfare systems in the world and benefit rates even higher than in the fellow Nordic states, Denmark was seen as an “ideal setting” for studying the “welfare magnet” problem.

The researcher trio studied the effects of welfare generosity on international migration using a series of large changes in welfare benefits for immigrants in Denmark, and concluded that immigrants were more likely to come to Denmark when they could pick up more welfare.

The researchers traced a series of changes in Denmark's immigration laws and their repercussions. They admittedly saw Denmark as an “ideal setting” for studying this question. Denmark, they argued, has “one of the most generous welfare systems in the world”, with benefit rates “even higher than in fellow Nordic welfare states”.

The first change, implemented in 2002 under the liberal-conservative government of future NATO Secretary General Anders Fogh Rasmussen, lowered benefits for immigrants from outside the EU by about 50 percent, with no changes for natives or immigrants from inside the EU. The policy was repealed in 2012 following the election of a centre-left government, and then re-instituted in 2015 after the return of a centre-right government. The Danish government was even active in disseminating information about the welfare scheme to potential immigrants. For instance, it ran an ad campaign in Lebanese newspapers informing refugees of the reduced benefits.

This, according to the researchers, allowed for a “quasi-experimental research design” with “sizeable effects”.

“The benefit reduction reduced the net flow of immigrants by about 5,000 people per year, or 3.7 percent of the stock of treated immigrants, and the subsequent repeal of the policy reversed the effect almost exactly,” the research team stressed.

Since Denmark was just one small country, the researchers concluded, its welfare system cannot be expected to affect decisions to emigrate from, say, Afghanistan. However, it affects the decision by an Afghan migrant to locate in Denmark instead of, say, neighbouring Sweden or Germany, the researchers pointed out.

“While there are many non-welfare factors that matter for migration decisions, our evidence implies that, conditional on moving, the generosity of the welfare system is important for destination choices,” the researchers concluded.

Diversity Erodes Social Trust, Danish Study Finds
Over the last four decades, Denmark has seen a strong upward trend in the number of immigrants. The share of first-generation immigrants in the population has spiked from 3 percent in 1980 to over 10 percent in 2017. Immigrants from non-EU countries, those targeted by the welfare scheme, constitute the largest group, accounting for 67 percent of all first-generation immigrants in 2001, the year before the scheme was introduced.

Apart from sharp spikes in 1995 and 2015, due to the Yugoslavia war and the Syria war, the net flow of non-EU immigration has averaged about 8,000 people per year.

As of today, Denmark now has a foreign-born population share comparable to that of the US (13.5 percent), the researchers pointed out.