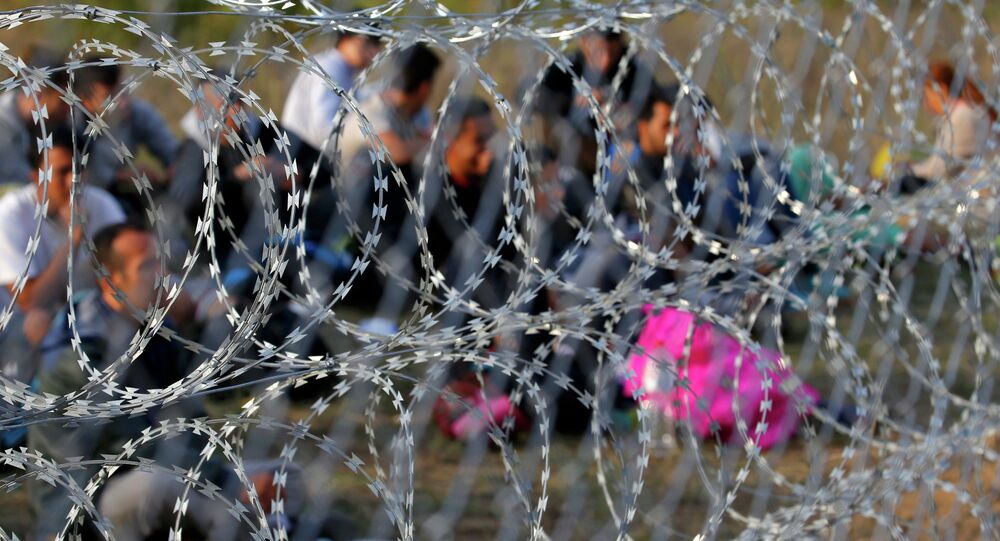 In order to stop the steam of illegal migrants, the former Danish government was ready to go to great lengths. Not only did it have blueprints ready for a major border wall, but even secretly procured the materials.

At the height of the migrant crisis in the autumn of 2015, Denmark's then government feared that the whole of Europe would collapse, so “very precise” plans were drawn to erect a concrete and barbed wire wall near the German border to keep illegals out, former Danish Justice Minister Søren Pind has revealed.

“[The border wall] was a scenario that could become relevant if everything collapsed, and we were afraid that it would happen. That the whole of Europe would collapse. We could not let this happen”, Søren Pind told Danish channel TV2.

In 2015, images of refugees on the highways in Southern Jutland stirred passionate discussions about Denmark's role in the refugee crisis. The number of asylum seekers exploded, and the pressure on the authorities to solve the problem was enormous.

In his fresh book “Free word” published earlier this week, Pind elaborated on the centre-right liberal-conservative Venstre party's plans to build a border wall. Apart from having blueprints ready, preparations went so far as to purchase materials for the wall.

“In the government, there were discussions about building a barbed wire and concrete wall at the border with Germany. Very precise plans were drawn up. It turned out that we did not have enough resources, and that our emergency stock lacked materials and items for such a drastic decision. Secretly, some of these things were purchased internationally”, Pind wrote in the book.

According to Pind, the border wall plans were devised in a smaller forum. Apart from Pind himself, the meeting reportedly included then-Integration Minister Inger Støjberg and then-Prime Minister Lars Løkke Rasmussen, as well as other top-ranking government officials.

In 2015, with migrants arriving by the thousands, several countries considered border walls, and some even managed to put them in place. For instance, Hungary built a 175-kilometre barbed wire fence, while Norway opted for a rather symbolic 200-metre fence against Russia.

Denmark ended up introducing temporary border checks in early January 2016. Having been prolonged countless times, the system is still in operation today, more than three years later. The former prime minister even went so far as to suggest making it permament.

A record 21,316 people applied for asylum in Denmark in 2015. In subsequent years, a spate of hardline immigration laws campaigned for by Integration Minister Inger Støjberg have reduced the immigration figures significantly. In 2018, a mere 3,559 asylum seekers came to Denmark.