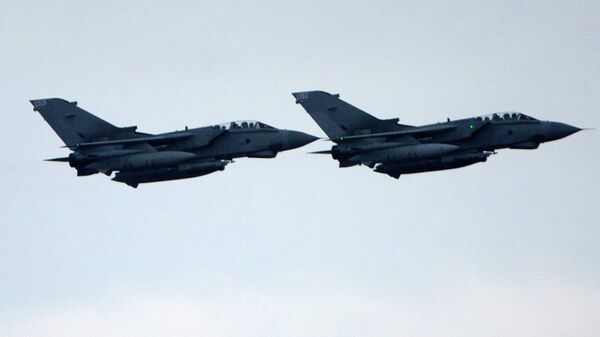 The news comes as the British capital is on guard after a fatal stabbing attack on London Bridge that claimed the lives of three people. According to authorities, the assault was a "terrorist incident".

The Metropolitan Police are answering multiple calls regarding a "large explosion sound" in north London, however, there are no reports of an actual blast so far, SkyNews reported, citing the authorities.

​Police, addressing the calls of Londoners, said the blast-like sound was caused by a sonic boom from Royal Air Force planes and there is "no cause for concern". There is no information, however, on what could have made the military planes take off near the capital early in the morning.

Residents remain on alert after the London Bridge stabbing, which has raised doubts about the recent downgrade of the terror threat level in the country from "severe" to "substantial".