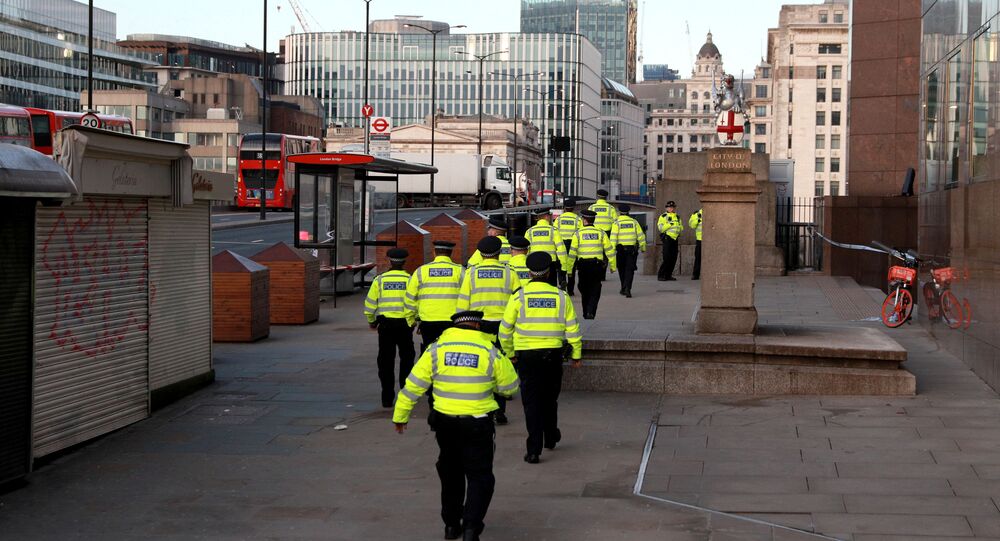 The UK capital's transport service said earlier in the day that London Bridge and its approaches were closed in both directions following the act of terror, in which a man and a woman were killed. Three others were wounded, one of them critically.

The Daesh* terrorist group has reportedly said that the London Bridge attack was carried out by one of its fighters.

The group did not provide any evidence, but claimed that the attack was made in response to Daesh calls to target countries that have been part of the coalition fighting the terrorist organisation.

Earlier in the day, UK Prime Minister Boris Johnson stated during a visit to the London Bridge stabbing scene that violent criminals should be locked up longer instead of being released on parole. Johnson argued that people should serve the term that they were sentenced to and claimed that he was "committed to increasing sentences for serious and violent offenders".

© REUTERS / LUKE POULTON
London Bridge Attacker 'Dreamed' of Building Own Terror Training Camp, Killing Boris Johnson
London police said they were treating the attack as an act of terror. The knifeman, identified as a recently released 28-year-old convict, Usman Khan, was shot dead at the scene. He was freed on remand after serving only half of his 16-year sentence on terror-related charges. Police are currently investigating how the man organised the attack.

According to preliminary evidence, the man attended a meeting on Friday afternoon in London's Fishmonger's Hall. The attack started inside before he left the building and went to London Bridge.

This is not the first time that London Bridge has been the site of a terrorist attack. In 2017, three men mowed down pedestrians with a van on the bridge, then proceeded to carry out a knife attack in the nearby Borough Market before being gunned down by law enforcement officers.