A Tale of Two Cities: Green Party Bidding to Upset The Status Quo in City of London and Westminster 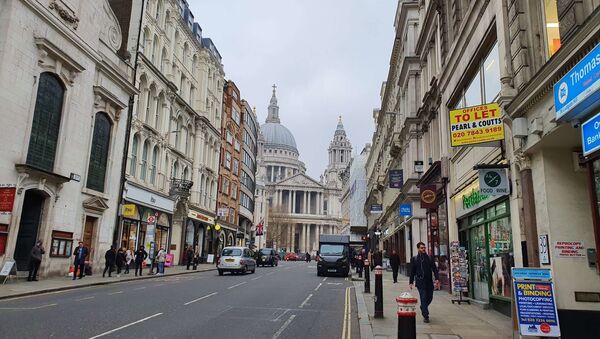 © Sputnik / Chris Summers
Subscribe
Chris Summers
All materialsWrite to the author
In 2017 the Conservative MP for the Cities of London and Westminster, Mark Field, had a majority of 3,148 over Labour with the Liberal Democrats a distant third and the Greens losing their majority. But all four parties are ebullient and confident of victory this time around.

The Green Party candidate for the Cities of London and Westminster, Zack Polanski, admits it is “frustrating” that his Liberal Democrat rival Chuka Umunna is constantly popping up on television.

But Mr Polanski, a gay Jewish vegan who makes his living as a stage actor, said Umunna was a “gentleman” and he declined to label him an opportunist for his decision to abandon Streatham - which he had represented as a Labour MP until leaving the party in February - and seek to cash in on the Remain vote in the Two Cities constituency. 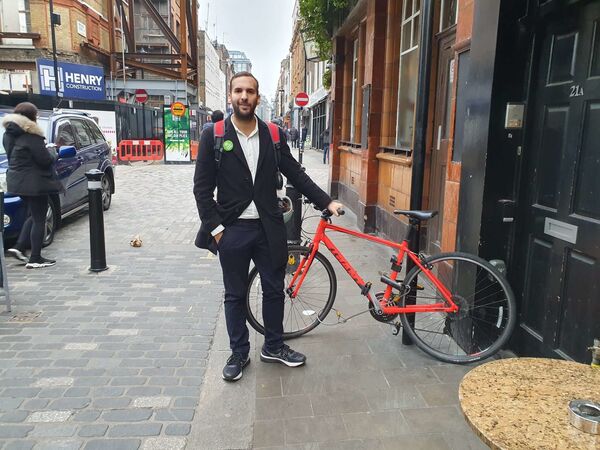 In the 2016 Brexit referendum 71.95 percent of voters here opted to stay in the European Union, one of the highest proportions in England.

The following year Mark Field retained the seat with a steeply reduced majority but in June this year he lost his job as a junior Foreign Office minister after footage emerged of him manhandling a female climate change protester.

​Field, who pinned her against a pillar and then marching her out of the room by her neck, announced last month he would not stand for re-election, blaming the  “fractious and febrile” atmosphere around Brexit.

His replacement as the Conservative Party candidate is Nickie Aiken, the leader of Tory-controlled Westminster City Council. 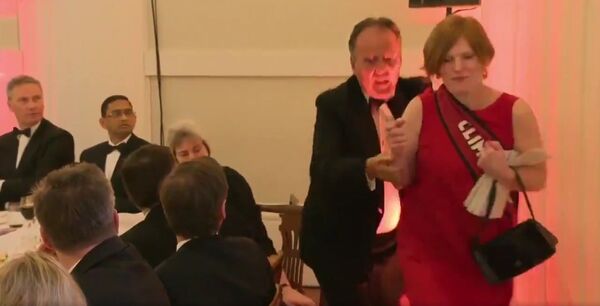 Labour has also suffered from controversy - its original candidate Steven Saxby, a vicar nicknamed the “Radical Reverend”, quit last month after a historic sexual harassment allegation was made, which he strongly refutes.

He was replaced by Gordon Nardell, a QC who in July this year resigned as Labour’s in-house counsel overseeing the disciplinary process over anti-Semitism allegations within the party.

All that leaves Mr Polanski - who was chosen by the Greens two years ago - as the longest-standing candidate in the constituency.

And he is not just here to make up the numbers.

Greens Aiming To Move From Fourth To First

In 2017 the Greens got only 821 votes here - barely two percent - but Mr Polanski is confident he can pull off a seismic shock on 12 December.

“If enough people in the City of London and Westminster decide they have had enough and want to tackle the climate emergency, Brexit and inequality then I will be walking into Parliament and representing them as their first Green MP. They will finally have someone on their side for the first time,” said Mr Polanski, with a flourish.

It's a privilege to be standing as the Labour candidate to bring #RealChange to The Cities of London and Westminster. #Gordon4TwoCities pic.twitter.com/r6sv9Nhgmk

​The constituency contains some of London’s most famous landmarks - Buckingham Palace, the Houses of Parliament, Trafalgar Square, St Paul’s Cathedral and the Old Bailey - and it also contains more homeless people than any other district in the capital. 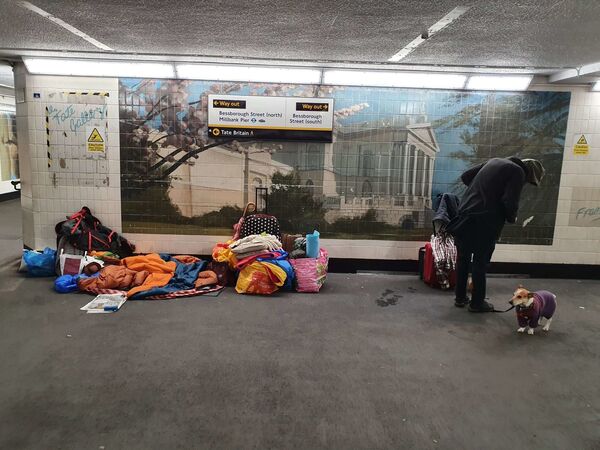 A few days before Christmas last year Gyula Remes, 43, a homeless Hungarian kitchen worker, died of a cardiac arrest after being found unconscious in the underpass only yards from the Houses of Parliament.

Last month it was reported Rose Hudson-Wilkin, the chaplain to the Speaker of the House of Commons, had complained about the “ongoing stench” in the underpass, which was then closed at night.

Invited On a “crime walkabout” in the West End by our candidate Nickie Aiken. As the leader of WCC, she knows every brick and blade of grass and I came away with a long list of what she wants done to make Westminster ever safer. #VoteAiken pic.twitter.com/v9JB4hxip9

​Mr Polanski said Mr Remes’ death was “horrific” and he said: “We need to find safe community spaces for these people. There are tens of thousands of  empty buildings across London. There are more empty buildings than homeless people and we need to be putting people in them.” 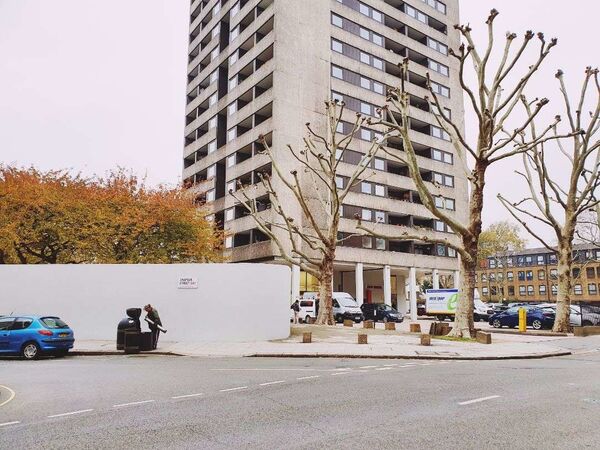 A homeless man forages through a bin in Pimlico, one of the most affluent parts of London
© Sputnik / Chris Summers

Why Housing Is A Big Issue In Two Cities

Housing is a major issue in this constituency, which includes some of the swankiest and most sought-after addresses in London - Belgravia, Fitzrovia, Pimlico, Soho and Covent Garden.

Most of those who can afford to own or rent these properties tend to vote Conservative but there are plenty of people on low or middle incomes living here.

Gelila Hagos came to Britain 16 years ago from Ethiopia and worked 75 hours a week - 40 hours in a hotel and the rest in a shoe shop - in order to save up the money to bring her husband Solomon over earlier this year. 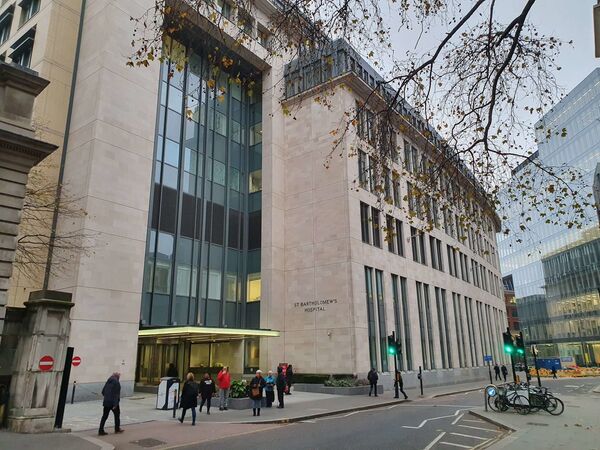 The couple have a child and she is pregnant again.

Mrs Hagos: “I have voted Labour before. But I will have to do my research and find out what they will all do for the public. Everyone promises a lot but can they deliver it?”

Sheila Moran, 56, lives on the Golden Lane estate not far from the Barbican, a masterpiece of brutalist architecture which was opened in 1982.

Martha's Soho still have not paid their staff - some of whom finished working months ago.

Kudos to @Divinadecampo for joining the picket line.

Another protest outside at 7.30pm tomorrow until they've paid every single staff member.

​She said: “It has been a very safe Tory seat for a very long time and people used to just protest vote for the Greens or whoever because they knew they would not win. But I think it will be different this time.”

Has Right To Buy Led To Housing Crisis?

Ms Moran, a retired clinical scientist with the NHS, said: “I grew up within the Conservative Party, a very Thatcherite household. But Thatcher’s policies just fed the insatiable greed. The Right To Buy just led to today’s housing crisis.” 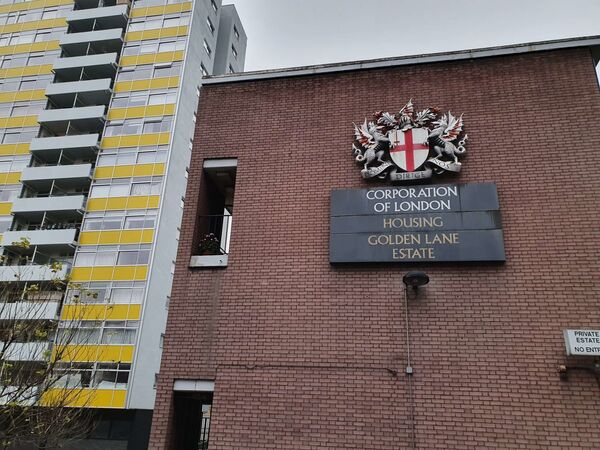 She said Great Arthur House, one of the tower blocks which dominates the Golden Lane estate, was designed for social housing but today 81 percent of the flats are privately owned and many local people have been driven out because they cannot afford the rents.

Ms Moran said too many apartment buildings were being built with overseas investors in mind, and she pointed out The Denizen, a stone’s throw from Golden Lane.

She said: “My daughter lives in a similar building near Old Street. Only three of the flats on her floor are occupied. The rest are all empty. They are just bought and sold and cleaned every couple of months. They’re just an investment.”

List of candidates I can vote for in Cities of London and Westminster:

​Ms Moran then points to the Bunhill ward, just across the border in Islington.

“It’s one of the poorest wards in the country. Children are going to school without proper food or shoes because their parents haven’t got the money,” she said.

Ms Moran said that in previous elections she signed up for vote-swapping website and paired up with somebody in Bristol in order to stop Conservatives getting elected.

Mr Polanski is hoping voters like her will take a chance on him and the Green Party, but he admits he is up against it with the First Past The Post electoral system. 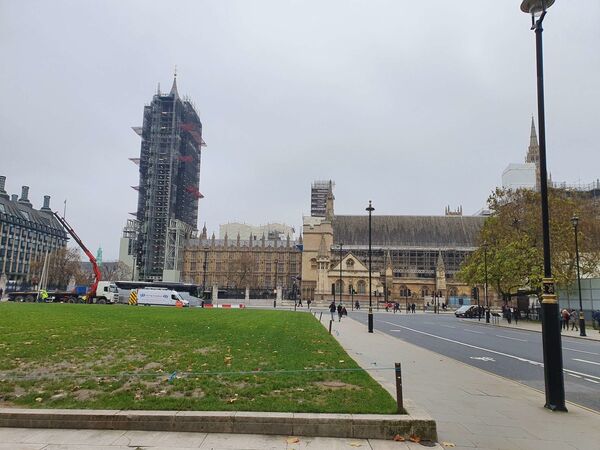 “In 2015 the Greens got a million votes and just one MP. In Germany they have many more Green MPs and as a result they haven’t had the Extinction Rebellion protests because people have a political outlet,” he said.

Mr Polanski: “When you looked at the TV debate the other night. Corbyn against Johnson. It’s a woeful choice and people are being asked to vote for the least worst. There are dark days ahead of us. Not only does this need to be the climate election but it needs to be the democracy election and we need to change the voting system.”

The Green Party says that if elected they would introduce a Universal Basic Income of £89 a week and they have also promised to spend £100 billion on reducing carbon emissions. 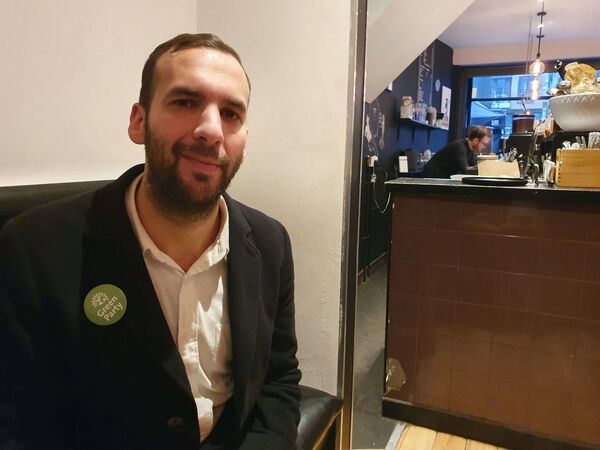 They would not only scrap the planned expansion of London’s Heathrow airport but would also abolish the City of London Airport and turn it into housing around a “green lung”.

Mr Polanski said: “People think we are telling people to become vegans, stop flying and lose all luxuries. That’s not what we’re saying. We are actually talking about systemic change. We don’t want to be encouraging flights. We realise that people have relatives and family around the world. It’s not about wearing a hairshirt and not flying anywhere. But there are better and more efficient ways to get about.”

He also insists the Green Party’s position on Brexit is preferable to any of the other parties - they want to have a second referendum but have said they would campaign to Remain during that vote.

Mr Polanski said the Tories were hellbent on Brexit while the Liberal Democrats’ position of revoking Article 50 was “undemocratic” and the Labour Party’s position was “incoherent”. 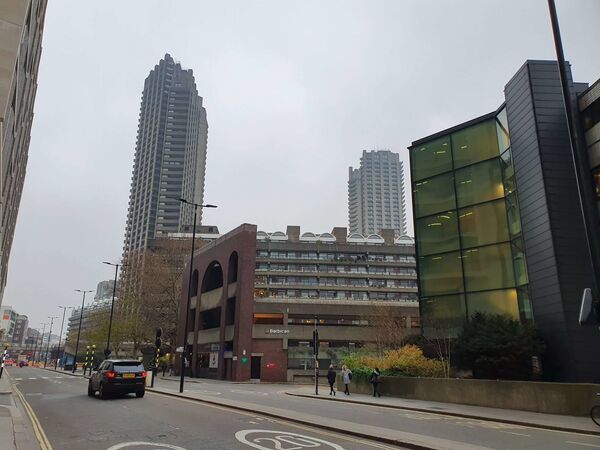 “My target is to be the Green Party MP for the Cities of London and Westminster but because of the First Past The Post system I know I have to work 200 times harder than anyone else,” he said.

Sputnik tried to contact Nickie Aiken, Gordon Nardell and Chuka Umunna but they were unavailable for interview.

The views and opinions expressed in this article are those of the interviewees and do not necessarily reflect those of Sputnik.