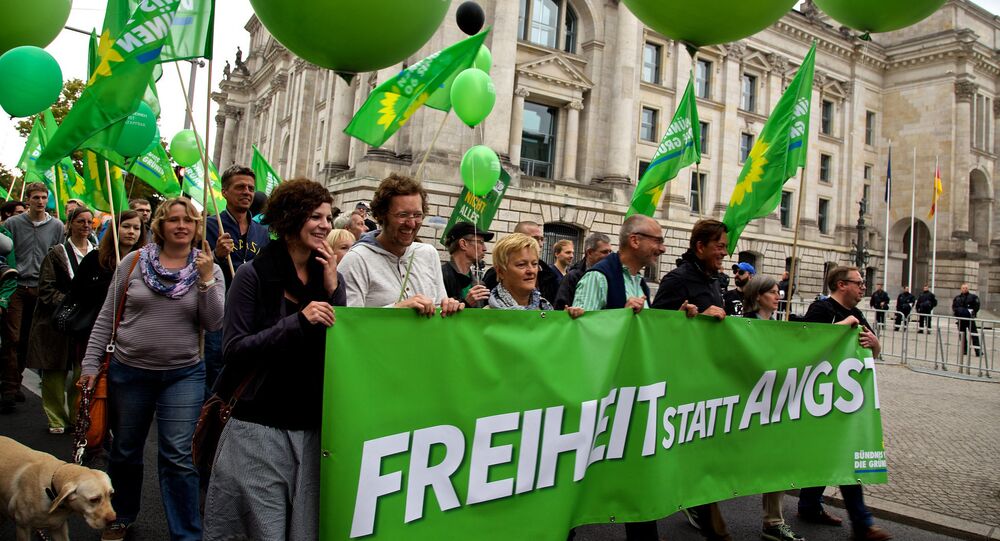 During last weekend’s elections to the European parliament, Germany’s Green Party managed to leap into second place behind Chancellor Angela Merkel's ruling conservative bloc which showed its worst ever result in a nationwide election.

For the first time in history Germany's Green Party has got the better of Chancellor Angela Merkel's ruling coalition in a German poll.

The Greens received a 27 per cent approval rating in the Forsa pollster’s survey, showing an increase of 9 percentage points over the past week.

This comes a week after the Greens managed to emerge as Germany’s second-strongest party in the European Parliament elections which saw them gaining a historic 20.5 per cent of the vote. The party won 21 seats, doubling its previous holding.

© REUTERS / Lisi Niesner
EU Elections Will Define the Future of ‘Christian European Culture’ – Hungary PM
The CDU/CSU and its junior coalition partners, the Social Democrats (SPD), obtained 28.9 per cent and 15.8 per cent, respectively, suffering historic losses in the 23-26 May elections.

The CDU/CSU lost five seats, ending up with 29, while the SPD’s figures stood at 16 and 11, respectively.

During regional parliamentary polls in Bavaria in October 2018, the CDU/CSU got only 37 per cent of the vote — 10 per cent less than in 2013.
The SPD also lost 10 per cent, attracting only 9.7 per cent, while the Greens received almost 17.5 per cent.