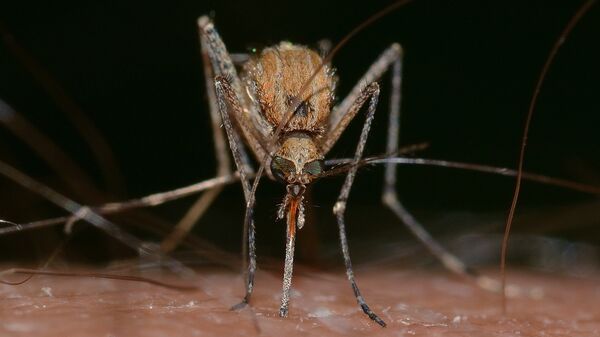 CC0 / /
Subscribe
International
India
Africa
Officials in Florida’s Miami-Dade County recently issued a health alert after an 11th person in the county was found to have contracted dengue fever, a mosquito-borne viral disease.

According to the officials, the most recent case does not appear to be connected to the other cases, which have all appeared throughout this year.

Dengue can cause severe flu-like symptoms and in some cases breathing issues, hemorrhaging and organ failure. The flu-like symptoms typically show up about 14 days after being bitten by an infected mosquito. The disease is usually contracted through the aedes aegypti mosquito, which also spreads other diseases, including Zika.

According to the World Health Organization (WHO), there are nearly 400 million dengue infections every year, causing thousands of deaths.

There are prevention measures that can be taken to reduce the risk of contracting the disease, according to the US Centers for Disease Control and Prevention (CDC).

In addition to using insect repellents and removing any standing water in your home which can attract mosquitoes, the CDC recommends wearing clothing that covers your arms and legs. The Dengvaxia vaccine can also prevent dengue. However, the WHO advises it only be given to people who have previously been infected with the disease.

In a recent press release, the WHO revealed that it would soon be testing a novel radiation-based sterilization technique to combat mosquito-borne diseases. The new method is known as the “Sterile Insect Technique.”

According to the November 14 press release, the “process involves rearing large quantities of sterilized male mosquitoes in dedicated facilities and then releasing them to mate with females in the wild. As they do not produce any offspring, the insect population declines over time.”