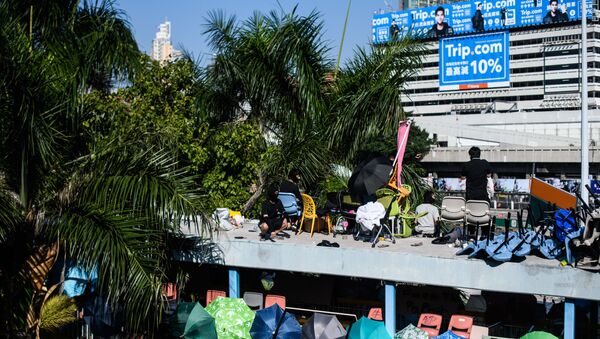 MOSCOW (Sputnik) - More than 400 people have been arrested while trying to escape from the besieged Hong Kong Polytechnic University (PolyU) since Sunday evening, the South China Morning Post reported on Monday.

The Hong Kong-based newspaper cited an unnamed police source as saying that some of those arrested were taken to hospitals by ambulances.

Reporters at the scene shared on social media videos and pictures of a daring escape attempt by some of the student protesters, who slid down ropes hanging over a road bridge appeared to be at least 60 feet tall, and were picked up by supporters on mopeds. The escape reportedly went undetected for more than 40 minutes, after which police began arresting those left behind.

During a press briefing on Monday, John Lee, the secretary of security in Hong Kong, said that everyone trapped inside PolyU would be arrested for taking part in the rioting. He also called on them to leave the university peacefully and follow the instructions of the police. 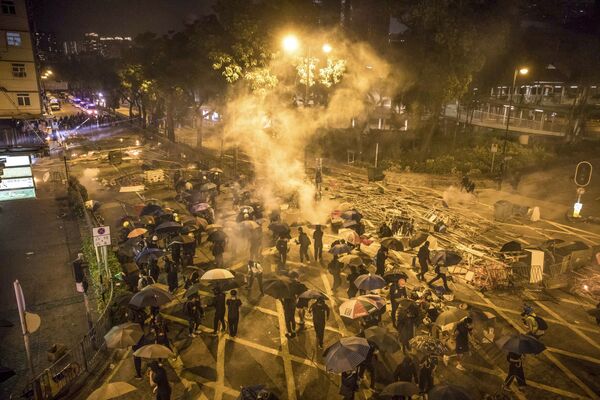