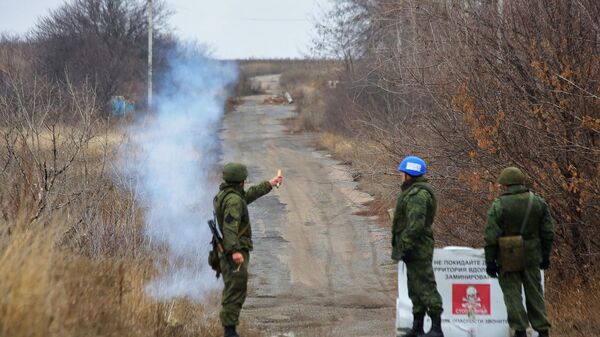 Ilya Tsukanov
All materialsWrite to the author
The next summit of the leaders of the Normandy Four group of countries, which includes Russia, Ukraine, France and Germany, and has as its aim the end of the five-year-old civil war in eastern Ukraine, is expected to take place in Paris on December 9.

The conditions for a meeting of the leaders of the Normandy Four group of countries have “ripened,” and Moscow is hoping that summit host France will play its role in ‘removing any ambiguities’ regarding the peace process, during the talks, Russian Foreign Minister Sergei Lavrov has said.

“If all four members of the Normandy format are ready to meet on December 9, this indicates that the conditions for this have ‘ripened’. Russia did not put forward any artificial conditions for this meeting to take place, but only sought to ensure that participants respected the decisions they themselves made in 2015 and 2016, and which were sabotaged by [former Ukrainian President Petro] Poroshenko in every area related to the political process and the security situation on the ground,” Lavrov said, speaking at a joint press conference with Belarusian Foreign Minister Vladimir Makei on Monday.

According to Lavrov, current Ukrainian President Volodymyr Zelensky has been able to “solve all the problems which had remained unsolved for many years,” including the separation of forces and military equipment in one hot spot, resolving violations of the Minsk agreements by the Ukrainian military in another area, and efforts related to the order in which the Minsk agreements are to be carried out.

Russia, Lavrov said, is hoping that Paris will “make every effort” as host “to remove any ambiguities, and to ensure that this summit clearly confirms the lack of alternatives in implementing the Minsk agreements’ package of measures.”

A civil war ignited in eastern Ukraine in April 2014, after Kiev sent troops to quell a rebellion in the regions of Donetsk and Lugansk against the then new Ukrainian government which came to power during of the February 2014 Maidan coup d’état. In February 2015, Kiev and the militias reached a ceasefire following talks brokered by Russia, France, Germany and Ukraine in the Belarusian capital of Minsk. A shaky ceasefire has been in place ever since, although violations have been regularly reported. The self-proclaimed Donbass republics have accused Kiev of refusing to adhere to the peace plan outlined at Minsk.

Under the ‘Steinmeier formula’, named after former German Foreign Minister Frank-Walter Steinmeier, the two breakaway regions would receive a special self-governing status following elections held in accordance with Organisation for Security and Cooperation (OSCE) standards. Although the formula’s implementation was consistently delayed by President Poroshenko, President Zelensky has indicated that there is no alternative to the Steinmier formula in ensuring an end to the Donbass conflict. 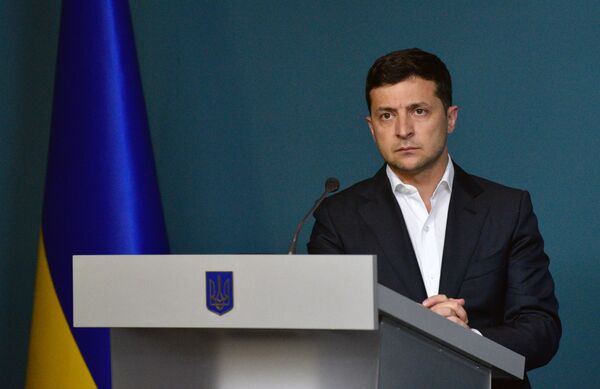 At Monday’s press conference with the Belarusian foreign minister, Lavrov also commented on the state of Russian-Belarusian integration, confirming that both countries planned to deepen integration within the framework of the existing bilateral Union State treaty signed in 1999. “As far as I understand, there are no plans to adjust the programme being created to implement the provisions of the Union State,” Lavrov said.

For his part, Makei said his country remained committed to integration with Russia. “In the near future, relations between [our] countries should reach a completely new level. As we know, at the instruction of the leaders of Belarus and Russia, our governments are actively preparing proposals aimed at deepening integration. These are the issues which will be discussed at tomorrow’s meeting of the council of ministers of the union state,” the Belarusian foreign minister said.

Moscow and Minsk will mark the 20th anniversary of the signing of the Union State treaty on December 8. The treaty outlined a legal basis for integration between the two countries, including unifying some aspects of economic, foreign and security policies, while safeguarding both countries’ sovereignty. 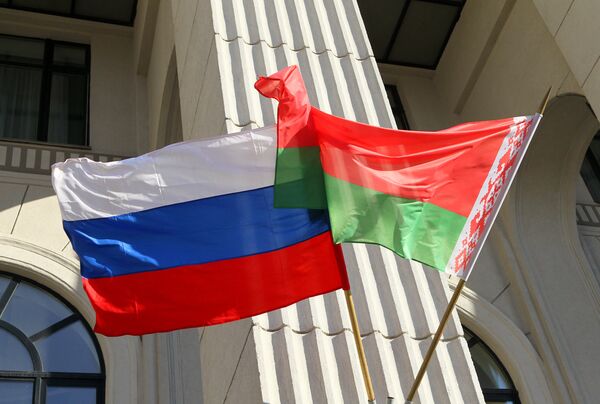 State colors of Russia and Belarus on the building of the Minsk Philharmonic.
© Sputnik / Andrei Aleksandrov
/
Go to the photo bank
Newsfeed
0
Access to the chat has been blocked for violating the rules . You will be able to participate again through:∞. If you do not agree with the blocking, please use the feedback form
The discussion is closed. You can participate in the discussion within 24 hours after the publication of the article.
To participate in the discussion
log in or register
loader
Chats
Заголовок открываемого материала