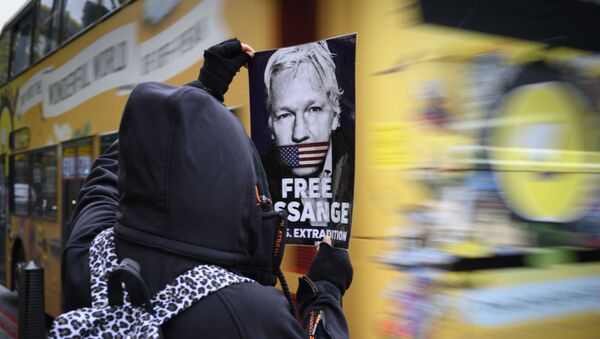 MOSCOW (Sputnik) - Westminster Magistrates' Court in London will hold a hearing on the extradition case of Wikileaks founder Julian Assange on Monday.

According to the court ruling, Assange will be able to take part in the hearing through a videocall from Belmarsh prison, where he is held, due to his health problems.

Assange was taken to prison in April after being dragged out of the Ecuadorian embassy in London, where he had lived for years. Since then, the WikiLeaks founder has been kept in detention as he waits for hearings on his extradition to the United States, which he has opposed.

Court hearings are currently being held to decide whether to extradite him to Sweden or the United States. The former holds sexual assault charges against him, while in the latter, he is wanted for espionage and may face up to 175 years in prison.