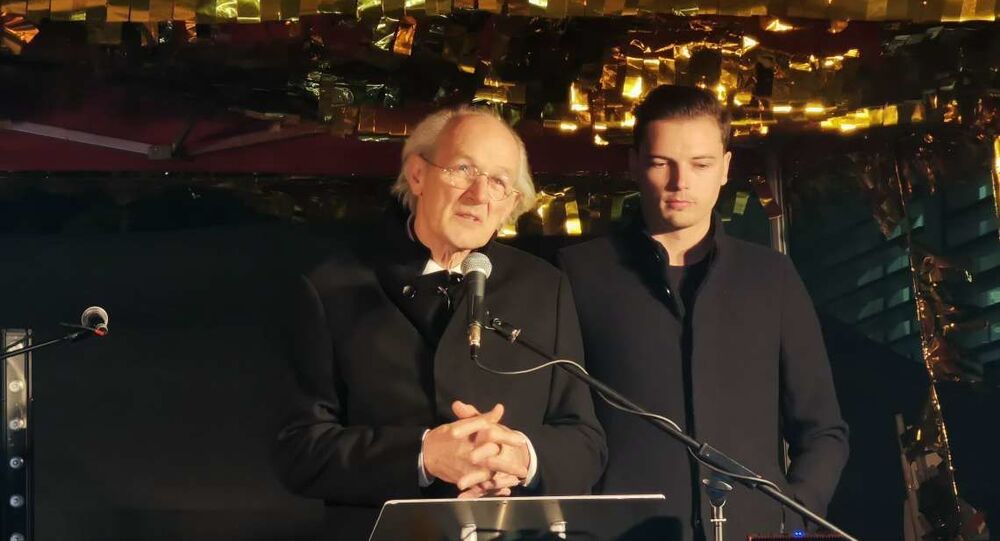 Assange 'May Die in Prison', Says Father of WikiLeaks Founder

MOSCOW (Sputnik) - John Shipton, the father of WikiLeaks whistleblowing platform's founder, Julian Assange who is currently jailed in the United Kingdom, said he had visited his son and "faced bitter truth" that he might die in prison.

"Julian may die in jail over a nine-year persecution for revealing the truth of war crimes ... This is not the bitter disappointment of a father, this is simply fact," Shipton told reporters in Geneva on Friday, as quoted by Daily Mail, adding that he visited Assange in jail two days ago.

After meeting with his son in prison in August, Shipton said Assange had lost weight, suffered from anxiety and had been subjected "to every sort of torment."

Various experts have said that Assange's health had been deteriorating in jail.

In May, independent UN rights expert Nils Melzer condemned the "deliberate and concerted abuse" inflicted on Assange for years by the governments of the US, the UK and Sweden. The expert said Assange had been systematically persecuted and his health had deteriorated as a result of his prolonged exposure to stress and psychological trauma.

In September, Assange's lawyer, Carlos Poveda, said that the WikiLeaks founder was isolated in jail and faced serious health problems.

Earlier in November, Melzer issued another report, saying London had failed to ensure that the detention of Assange complied with international law. The expert noted that Assange's health continued deteriorating and emphasized that his life was at risk.

Assange was arrested and jailed in April after being dragged out of the Ecuadorian embassy in London, where he lived for years. Since then, the WikiLeaks founder has been kept in detention as he is waiting for hearings on his extradition to the United States, which he has opposed.