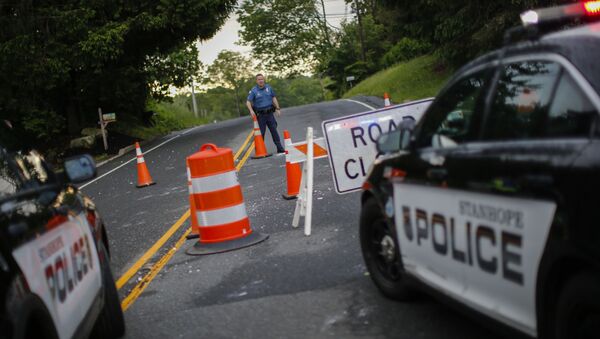 MOSCOW (Sputnik) - At least two people have been shot and injured when an unknown perpetrator opened fire during a school football game in the US city of Pleasantville, located in New Jersey, media reported.

The Press of Atlantic City has reported that a game between Pleasantville and Camden high schools was interrrupted late on Friday after a gunman fired multiple shots from the bleachers.

Breaking: As the shooting happens at the Camden/Pleasantville football game. People running, jumping fences, laying on the ground. @6abc pic.twitter.com/XzViuszadX

Pop, pop, pop. At least a half dozen shots in Pleasantville bleachers pic.twitter.com/P6TOmCAVb0

An injured woman was reportedly seen carried out on a stretcher to a wating ambulance, while a wounded man received emergency medical assistance on the field while waiting for another ambulance to arrive.

According to the outlet, the spectators ran for cover, while football players left the field as the gunfire erupted.

The reports noted that the shooting began in the Pleasantville High School bleachers during the third quarter when Camden was leading Pleasantville 6-0.

Another recent shooting incident occurred on Thursday, when a teenager opened fire at a school near Los Angeles, injuring two others and himself. 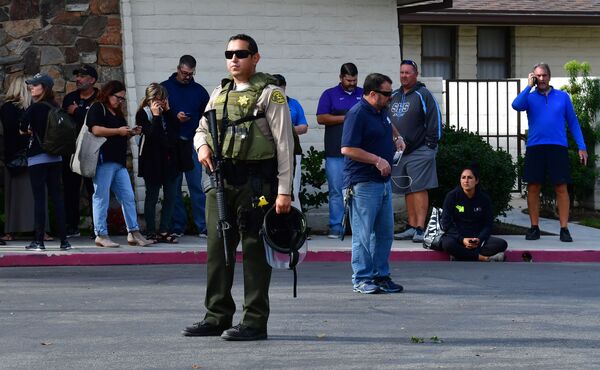 The United States has been rocked by shooting incidents in schools and public places amid public calls on the authorities to tighten gun control laws.