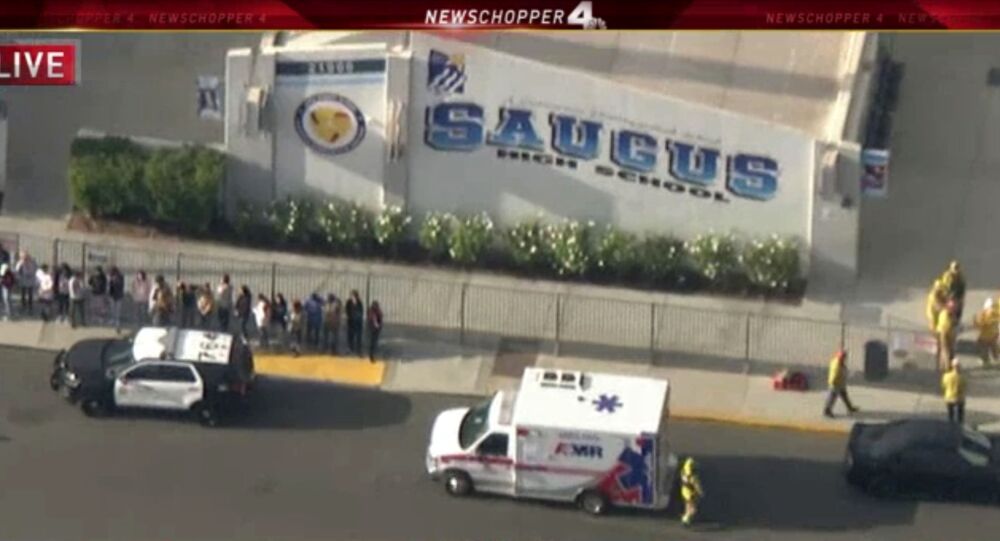 On 14 November, a school shooting at Saugus High School in Santa Clarita left two students dead and three more injured, while the suspect was taken to hospital in grave condition.

The suspect in the 14 November school shooting, Nathaniel Tennosuke Berhow, has died in hospital, the Los Angeles County Sheriff's office said in a statement.

Berhow was treated for a self-inflicted gunshot wound to the head, but did not survive the injury.

In his house, investigators found and seized firearms, according to reports.

On 14 November, after Berhow arrived at school, he took out a semi-automatic pistol and started randomly firing at his fellow students. After that, Berhow turned the gun and shot himself in the head, according to media reports, citing Los Angeles County Sheriff Alex Villanueva.

The shooting took place on the gunman's 16th birthday.

The motives behind the attack remain unknown to the police.

It's yet another instance of the United States being rocked by a shooting recently, following the August tragedies in the US states of Alabama, Ohio, and Texas.