Aleksandra Serebriakova
Moscow-based Sputnik correspondent specializing in foreign affairs.
All materialsWrite to the author
A newly released Amazon movie “The Report” purports to tell the story behind a Senate Intelligence Committee-led investigation into torture practices committed by the Central Intelligence Agency, for which none of the agency’s officials have been held accountable for.

The chief investigator and author of a Senate report on CIA torture Daniel Jones has condemned the failure of the US and Barak Obama, in particular, to punish those responsible for applying illegal interrogation techniques within the agency and said that this would likely make the country slip back into these practices, The Guardian reported. The comments were made following the Friday release of a new Amazon movie “The Report” portraying the story behind Jones’ findings about the torture programme described in a lengthy report by the Senate Intelligence Committee.

“What this film shows – and what the report itself shows – is the repeated inability to hold anyone in the CIA accountable for its misdeeds”, Jones said.

Jones, who is portrayed by Star Wars actor Adam Driver in the movie, was the Senate Intelligence Committee’s leading investigator into the CIA-led torture programme adopted during the “war on terror” era that included waterboarding, sleep deprivation, and other brutal techniques.  Jones was the one who wrote a 6,700-page report documenting interrogation practices by the CIA, which was partially released in 2014. 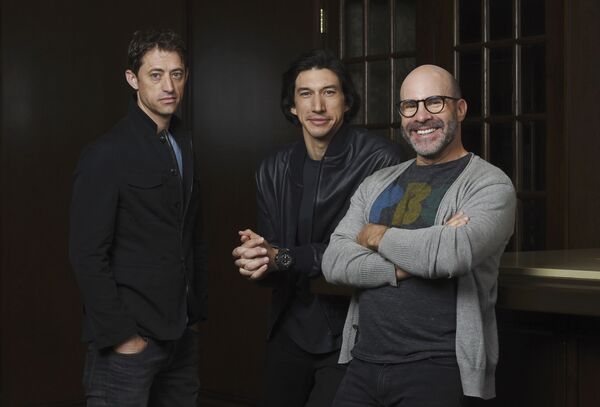 However, none of the CIA officials indicated by the report as being involved in the torture practices and their cover-up have been held accountable, including agency official Gina Haspel, who was the one ordering the destruction of videotapes that recorded the brutal torture of al-Qaeda*suspects back in 2005. Instead, she was promoted to the position of CIA director in 2018.

“There are certain things you do in your professional life that should stop your advancement, right?” Jones inquired. “Maybe [Haspel] doesn’t go to jail. Maybe she doesn’t get fired, but maybe you’re in charge of the parking garage from here on out, right? I mean you were involved in a torture programme, and you destroyed tapes. You don’t go up the chain”.

Jones, who left the Committee shortly after the torture report was completed also blamed former US President Barack Obama for failing to confront the CIA and indirectly justifying  the illegal practices with his infamous 2014 line “we tortured some folks”, all while praising the patriotism and hard work of the intelligence community.

The CIA’s  Detention and Interrogation Programme used various forms of “enhanced interrogation techniques” as a euphemism for torture that were believed to have been approved in 2002 amid the ongoing “war on terror” in the wake of the 9/11 attacks, with many US officials, including Nancy Pelosi, reportedly greenlighting the techniques. The programme is thought to have ended in 2006 due to its unsustainability and legal concerns.

In March 2009, the Senate Intelligence Committee voted to launch a detailed investigation into the CIA programme, after it was presented with the summary of operational cables of interrogations for al-Qaeda terrorist suspects Abu Zubaydah and Abd al-Rahim al-Nashiri, the videotapes of which were destroyed in 2005.

Jones’s probe coincided with a Department of Justice investigation into torture and destruction of videotapes that recorded the “enhanced interrogation” practices of two terrorists, headed by John Durham, who refused to meet with Daniel Jones despite the established cooperation between the departments. A portion of the finding and a summary of the report on CIA torture were made public in 2014 and are currently available.