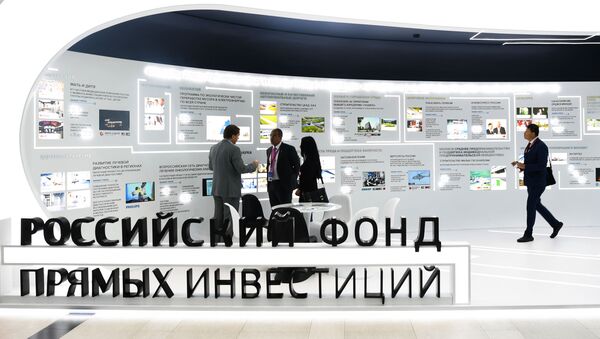 "We do not exclude joint projects in Brazil with Saudi partners - earlier it was announced that the Public Investment Fund intends to invest $10 billion in Brazil. We already have experience working with PIF in third countries - PIF joins the capital of the Russian-Chinese investment fund", Dmitriev said.

Earlier in the day, the Brazilian government said that the Public Investment Fund of Saudi Arabia (PIF) pledged to invest some $10 billion in Brazil and was considering the country to be a gateway to the rest of Latin America. The investment envisions projects in the railway, oil and gas, healthcare, and tourism sectors.

According to Kremlin aide Yury Ushakov, the Russia-Brazil trade amounted to $5 billion in 2018. Russia's accumulated capital investments in Brazil amount to about $1.5 billion and are concentrated in such industries as hydrocarbon exploration and production, electricity, storage and processing of agricultural products, port infrastructure.

During the Russian president's visit to Saudi Arabia, the RDIF signed 10 agreements with Russian and Saudi partners worth $2 billion in the areas of aircraft leasing, railways, petrochemicals, agriculture, fertilizers and others. The Russian Direct Investment Fund (RDIF) has also opened its first foreign representative office in Riyadh.