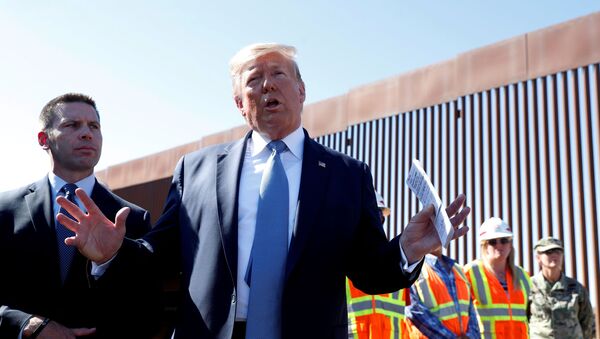 Despite dissent from the US Army Corps of Engineers (USACE) and US Customs and Border Protection (CBP) officials, the Trump administration is planning to set up cameras and livestream the construction of US President Donald Trump’s wall on the US-Mexico border, according to four people familiar with the matter.

“There will be a wall cam, and it’ll launch early next year,” a senior White House official confirmed to the Washington Post, also noting that the purpose of the livestream is to generate public support for the project.

The Washington Post also reported that Jared Kushner, Trump’s son-in-law and senior advisor, proposed the livestreaming initiative during meetings in July in an effort to publicly demonstrate how the president managed to build the wall, despite pushback.

However, both the USACE and the CBP told Kusher that construction contractors do not want their techniques made available to competitors through a live broadcast.

Officials at the agencies also expressed concern that the cameras would “show US work crews violating Mexican sovereignty,” the Washington Post reported, “because they sometimes must stray south of the border to maneuver their vehicles and heavy equipment in the desert.”

However, despite these objections, Kushner has remained steadfast in his livestreaming request.

“It’s understood that Kushner is so aggressive because the president has been asking him about it all the time,” another senior White House official told the Washington Post.

It is still unclear how much the livestreaming initiative and associated technology would cost.

So far, 81 miles of the wall have been built, with a goal of constructing another 400 to 500 miles. Kushner is optimistic that the construction rate will increase from two to three miles a week to six miles a week by next year, according to a senior White House official.

The US Department of Defense authorized $1 billion of funding for the construction of Trump's wall on the US-Mexico border in March. Trump’s disagreements with the Democrats on the border wall issue previously resulted in a record 35-day federal government shutdown that ended in January.