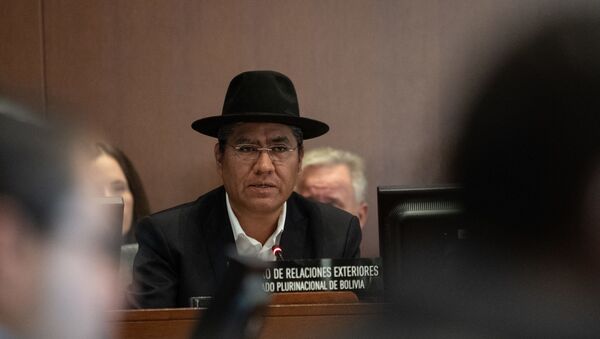 Most of the country’s ministers, including Interior Minister Carlos Romero and Defense Minister Javier Eduardo Zavaleta Lopez, have also resigned.

Mexico has granted political asylum to Morales, who left Bolivia on a Mexican government plane on Tuesday, saying via Twitter that he would return soon "with more strength and energy".

Several countries, including Venezuela, Cuba, and Mexico have described the events in Bolivia as a coup.

Morales stepped down on Sunday, amid massive demonstrations against his victory in the October elections, which were declared fraudulent by the opposition. The Organization of American States (OAS) has published a preliminary report that found irregularities in the 20 October voting.