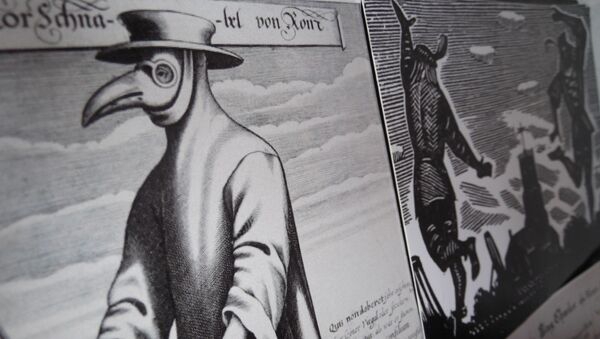 In the Middle Ages the bubonic plague, dubbed the Black Death, wiped out over a third of Europe's population. The deadly disease is back in the headlines this year, after a couple, who allegedly were infected by eating raw marmot meat, died this spring.

Two people from China's Inner Mongolia Autonomous Region contracted the pneumonic plague, which is a more virulent form of the deadly disease, commonly known as the Black Death. The patients from the area near the Chinese-Mongolian border were hospitalised in Beijing where their diagnosis was confirmed. The authorities are taking "preventive measures," The Daily Mail reported, citing the city's Chaoyang District's statement.

This form of the Black Death, pneumonic plague, is considered more virulent than its bubonic form, which decimated over a third of Europe's population in the 14th century, as it is based in the lungs and can be transmitted from human to human by coughing or sneezing, and can kill a person within 24 hours.

Bubonic plague, which is usually spread by fleabites and more widespread around the globe, already killed two earlier this year. In April, a man named Citizen T, aged 38, died after hunting and eating marmot meat while his pregnant wife, 37, died soon after, reported The Siberian Times. The plague scare prompted the authorities to intercept a Mongolian domestic flight at Ulaanbaatar airport, with emergency workers wearing hazmat suits rushing to board the plane the instant it landed, acting on reports of the husband and wife having died in the region where the flight originated.

According to the World Health Organisation, Bubonic plague can kill an adult in less than 24 hours, unless timely treatment is at hand.

Although today the disease is treatable with antibiotics, hundreds have died of it around the world, in recent years, with most human cases since the 1990s occurring in Africa, according to WHO data. The WHO confirms that from 2010 to 2015, there were 3,248 cases reported worldwide, with 584 of them ending in death.