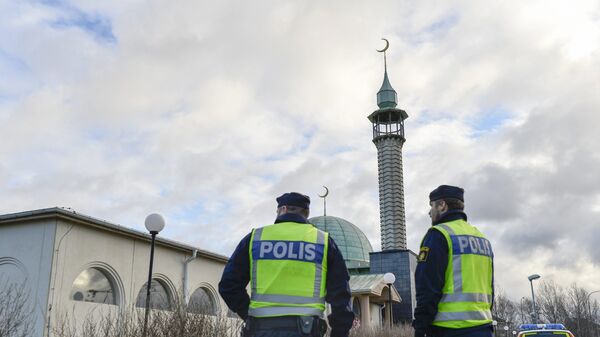 According to the authorities, Islamist environments enjoy taxpayer-funded benefits to the tune of “millions of kronor”.

The Swedish Security Police (Säpo) is sounding the alarm over a “relatively large number of organisations” with links to violent extremist environments that receive public funds through grants and allotments.

“We see in our operational work that there are individuals with links to violence-promoting extremism who are active in organisations that receive public funds. It is about individuals who use the organisations as a platform to spread and anchor their messages,” Säpo operations manager Johan Olsson said in a press release.

According to Säpo, the extent of the contributions and benefits to organisations with links to violence-promoting extremist movements is difficult to assess due to the lack of transparency in the system, but “amounts to millions of kronor”.

In order to prevent this, “effective and legally sound methods that give granting authorities the right to refuse or recover grants” are required, Säpo suggested.

“Access to public funds increases legitimacy and provides economic conditions for platforms where radicalisation can take place, and this contributes to the further growth of extremist environments. Historically, this has been a problem in all the three extremist environments that the Security Police follows [the other two being left-wing and right-wing extremism], but right now we see that the problem is greatest in the violent Islamist environment”, Johan Olsson stressed.

In order to reduce the growth of extremist communities, society needs to prevent organisations that contribute to radicalisation from receiving public funds, he emphasised.

To stop the spread of state-funded Islamism, the Security Police recommended to establish a “knowledge centre” to provide support and expertise to authorities in assessing organisations and private actors, as well as extremism and anti-democratic environments that receive public funds through grants from the state or municipalities.

“The state should not fund activities that undermine our democracy by supporting violent extremism,” Johan Olsson stressed.

Last month, two senior Swedish researchers and associate professors Magnus Ranstorp and Aje Carlbom sounded the alarm over Islamic parallel societies being indirectly funded through taxpayer money. In their joint opinion piece, they highlighted the example of the student union Ibn Rushd, which received an annual SEK 23 million (roughly $2.3 million) grant from the Adult Education Council (FR). According to researchers, who also raised its racist and anti-Semitic history, it has links to the pan-Islamic organisation Muslim Brotherhood* and promotes “insitutionalised segregation” by specifically targeting marginalised Muslims from vulnerable neighbourhoods.

Swedish Government in Hot Water Over New Bid to Weed Out 'Islamophobia'
Earlier this month, six hardcore Islamists of immigrant descent whom Säpo had previously labelled a “security threat” and slated for expulsion from the country, were released on humanitarian grounds, lest they face “persecution” in their respective home countries.

A recent count by the Institute for Future Studies counted 785 Islamic extremists in Sweden, which previously emerged as one of Europe's biggest “jihadist exporters” per capita, providing around 300 so-called “foreign fighters” to the Middle East.