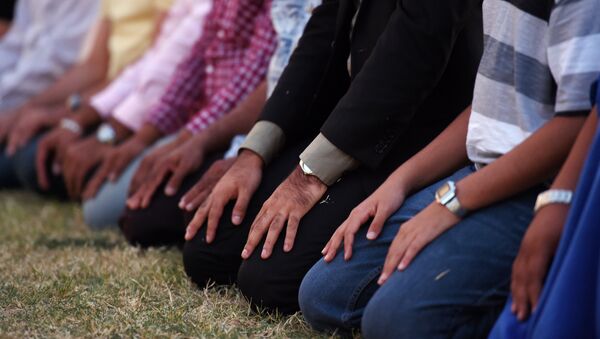 Critics of Sweden's priority to stop 'Islamophobia' have suggested that the government inadvertently runs Islamists' errands, effectively providing them with a shield from criticism.

As part of its commitment to combat 'racism', the Swedish government has commissioned the Crime Prevention Council (Brå) to conduct an in-depth study of so-called Islamophobic hate crimes.

The idea behind the effort is to “highlight the nature of Islamophobic hate crimes” in order to bolster the preventive work “against racism, especially Islamophobia”.

“We know that Muslims are exposed to threats and hatred in our society. It is important to increase the knowledge of Islamophobic hate crimes so that we can take powerful action. The expressions of racism have no place in our society,” Equality Minister Åsa Lindhagen of the Green Party said.

Sweden's left-of-the-centre “red-green” government has made stopping the allegedly increasing threat of “radical nationalism” one of its priorities. According to the Security Police's 2018 Yearbook, “xenophobic and nationalist ideas” are on the rise, contributing to a surge in hate crimes. The security of so-called “vulnerable groups”, such as Muslims, must therefore be prioritised, the government said. All in all, the government has allocated SEK 10 million (about $1 million) for anti-racist measures in 2020.

However, the government's priorities have sparked criticism.

“Equality Minister Åsa Lindhagen runs Islamists' errands as she orders Brå to do a study that legitimises the concept of Islamophobia. Being critical and disliking Islam can never be a phobia. Islamophobia is simply a made-up concept. The fact that our tax money goes to fanatics' playhouse activities is scandalous,” Bassam Al-Baghdady, the chairman of the Centre for Secular Education, wrote in his opinion piece in the news outlet Nyheter Idag.

According to him, Brå has been tasked with “studying something that doesn't exist” to prove it does.

“Calling disapproval of an idea 'idea phobia' is an scary attempt to stamp out critics of this idea – in this case Islam – as suffering from a mental illness,” Al-Baghdady wrote.

He stressed that blasphemy laws were abolished in 1949 in Sweden and suggested that it remain so.

“Islamists are the only ones who will leap for joy” over this definition of Islamophobia, journalist Madeleine Lilja Rönnquist wrote. “An arbitrary use of terms with such a weak definition is therefore only favourable to those who do not want to avoid criticism or scrutiny. For Islamists, the term effectively becomes a shield against all critical questioning,” she concluded.

Sweden has over 800,000 Muslims (about 8 percent of the country's population) and has consistently ranked among the best countries for Muslims by Islamicity Foundation, a US-based non-profit organisation, topping all European nations in the recent edition and trailing only New Zealand.

Recently, a pro-Islam party was formed to secure Muslims' status as an official minority.

In recent years, however, Sweden has been embroiled in a number of scandals involving radical Islam, involving, among others, Daesh* terrorists and extremist organisations such as the Muslim Brotherhood*.

* Daesh (ISIS/ISIL/IS/Islamic State) and the Muslim Brotherhood are terrorist organisations banned in Russia and numerous other countries.