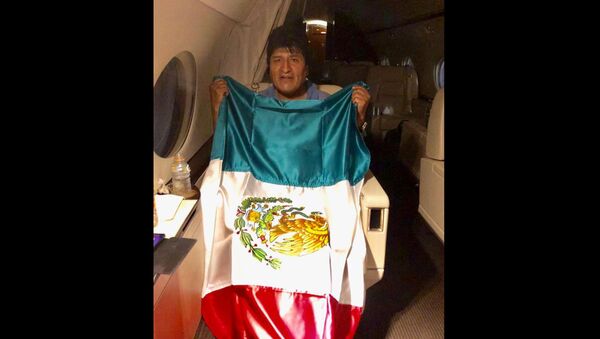 On Sunday, Bolivian President Evo Morales resigned after the national armed forces sided with demonstrators had been opposing his serving a fourth term since 20 October election.

The United Mexican States has granted asylum to Evo Morales, who had previously announced his resignation from the presidency of Bolivia due to an ongoing political and social crisis.

Earlier in the day, the Mexican Foreign Ministry said that the plane with Morales on board would land in Mexico City at 14:30 GMT. However, media reported, that the aircraft, which was supposed to refuel in Peru, was forced to land in Paraguay instead due to the fact that Peru, Chile and Brazil refused to grant the plane permission to fly through their airspace.