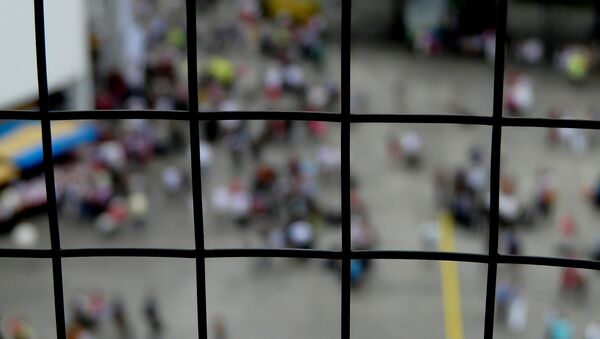 © Photo : Pixabay
Subscribe
New Delhi (Sputnik): The Indian students were arrested on charges of running a “Pay to Stay” visa racket wherein they were assisted hundreds of immigrants in illegally prolonging their stays in the US.

A US court has sentenced six of the eight Indians arrested in the Farmington University immigration fraud case, as per US Immigration and Customs Enforcement (ICE) regulations.

Six were arrested in Detroit, one in Florida and one in Virginia on orders of the US District Court of the Eastern District of Michigan, Southern Division.

All eight defendants, from the states of Andhra Pradesh and Telangana in India, pleaded guilty, Khaalid Walls, the Immigration and Customs Enforcement spokesperson told Indian daily The Times of India.

“Santosh Sama has been sent to jail for 24-months while Barath Kakireddy and Suresh Kandala received terms of 18-months each. Avinash Thakkapally was sentenced 15-months in jail, whereas Aswanth Nune and Naveen Prathipati were each handed 12-month jail terms", the daily reported.

Accused Prem Rampeesa will be sentenced on 19 November while the eighth accused Phanideep Karnati in January 2020.

They will be deported to India following their prison terms, the spokesperson said.

In addition to the eight, an unspecified number of Indian students were detained by the Department of Homeland Security in connection with the same case.

To uncover the fraud scheme, the US Department of Homeland Security had set up a fake university in Farmington Hills to target international students who wanted to stay in the US without proper authorisation, according to federal indictments unsealed in Detriot in January of this year.

According to the indictment papers, the eight Indian individuals helped at least 600 foreign nationals stay in the US illegally.

"Each of the foreign citizens who enrolled and made tuition payments to the university knew that they would not attend actual classes, earn credits or make progress towards an actual degree in a particular field of study — a pay to stay scheme,” the indictment said.