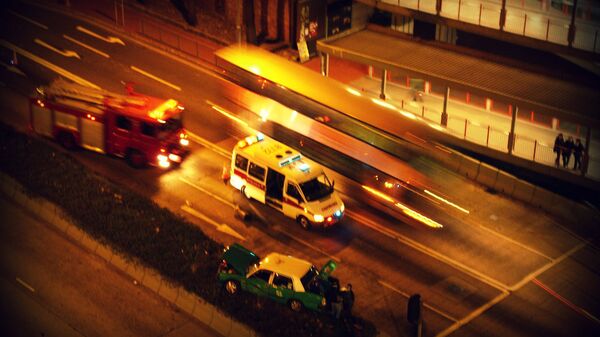 According to the police, as cited by the South China Morning Post, the attack took place at 8:44 a.m. local time (00:44 GMT) in the Tuen Mun area. Junius Ho Kwan-yiu was at his tent, where he was talking with voters during an election campaign.

The media outlet added that two more people were injured. All the victims were taken to a local hospital, and the attacker was detained.

Junius Ho, who opposed anti-government protests, was widely criticised when a video of him shaking hands with men in white t-shirts was streamed online. This incident was after a group of people wearing white t-shirts attacked passengers and people in black clothes at the Yuanlin railway station this summer, thinking they were protesters. As a result of those clashes, 36 people were hospitalised.

The Legislative Council member denies his connection with the attackers.

Since early June, Hong Kong has been dealing with a wave of rallies against a now-withdrawn extradition bill. The protests have since evolved into violent anti-China and anti-police demonstrations.

The tense situation took a new turn in October after the local government banned the wearing of face masks during rallies in a bid to curb violence and make the actions of police more effective.