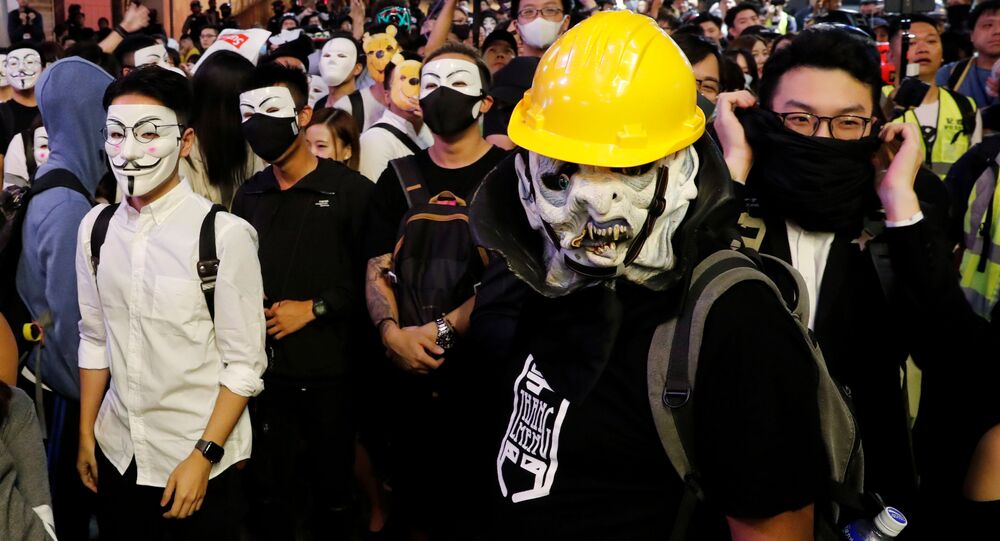 In an effort to maintain its “one country, two systems” principle and combat outside influences, Chinese officials announced Friday that the central government would be strengthening law enforcement in both Hong Kong and Macau.

Speaking alongside members of the National People’s Congress on November 1, Shen Chunyao, head of the Hong Kong, Macau and Basic Law Commission, expounded on a previous release from the Communist Party which said the central government plans to “establish and strengthen a legal system and enforcement mechanism for safeguarding national security,” according to the Associated Press.

“We absolutely will not permit any behavior that challenges the bottom line of ‘one country, two systems,’” Shen declared, speaking of the framework which came about for Hong Kong and Macau when they returned to Chinese control from the UK in 1997 and Portugal in 1999, respectively.

He went on to declare officials would show zero tolerance for acts “encouraging separatism or endangering national security and will resolutely guard against and contain the interference of foreign powers in the affairs of Hong Kong and Macau and their carrying out acts of separatism, subversion, infiltration and sabotage.”

While the two special administrative regions (SARs) have their own “Basic Laws,” or mini-constitutions, Shen highlighted that the system allows “the central government to exercise its authority as stipulated in the constitution and the Basic Law.”

Shen asserted that in order to ensure Hong Kong and Macau resist outside influence, retain nationalism and adhere to the central government’s rule, the people of the two SARs will be subjected to increases in law enforcement and national education requirements.

“[We will] strengthen national education of Hong Kong and Macau people, especially civil servants and youth, including education of the constitution and the Basic Law, Chinese history and culture, in order to boost their national consciousness and patriotic spirit,” he said.

This announcement of new policy comes as Hong Kong’s months-long, anti-government protests continue and accusations abound of outside actors attempting to subvert the Chinese government’s sovereignty over the city.

Chinese President Xi Jinping expressed a sentiment similar to Shen's regarding the country’s constitutional principles exactly one month prior to the Friday press conference.

"Moving forward, we must adhere to the 'peaceful unification' and 'one country, two systems' principles, maintain prosperity and stability in Hong Kong and Macau,” he said during celebrations of the 70th anniversary of the founding of the People's Republic of China. He also stressed the need to “unite all the sons and daughters of China, and continue to strive for the full unification of our homeland."