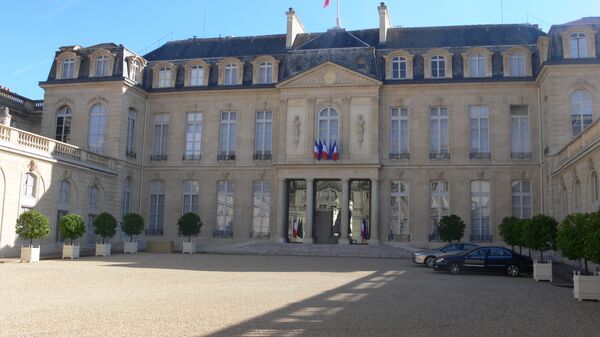 US Secretary of State Mike Pompeo announced earlier that Washington had officially informed the United Nations that the United States in 2020 would exit the landmark climate accord.

France expressed its regret for the US decision to abandon the climate accord, a source in the administration of French President Emmanuel Macron said Tuesday, cited by Reuters.

"We regret this and it only makes the Franco-Chinese partnership on climate and biodiversity more necessary", the source said ahead of the start of Macron's three-day visit to Shanghai, adding that the framework of the new agreement between Paris and Beijing envisages a paragraph on the unreversable nature of the Paris Climate Agreement.

Earlier on Monday, UN spokesman Farhan Haq said that the United Nations had received an official notification by the United States outlining its intent to withdraw from the Paris Climate Agreement within a year.

In 2017, the Trump administration announced that it would withdraw the United States from the Paris Climate Agreement as soon as it is legally allowed to do so.

The Paris Agreement, considered to be a landmark international deal on mitigating greenhouse gas emissions fomenting climate change, was signed in the French capital in 2015.

The pact, created within the UN Framework Convention on Climate Change, aims to keep the increase in average global temperatures at below 2 degrees Celsius (3.6 degrees Fahrenheit) above pre-industrial levels through the reduction of greenhouse gas emissions.