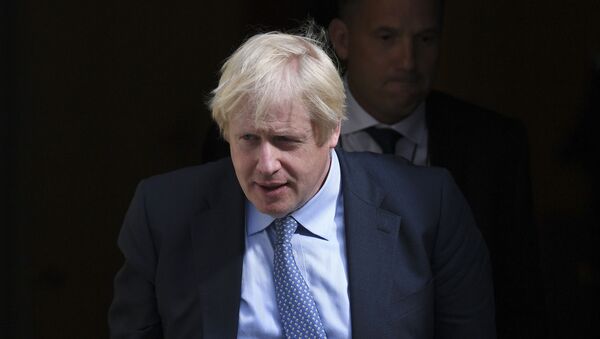 © AP Photo / Alberto Pezzali
Subscribe
Svetlana Ekimenko
All materialsWrite to the author
Earlier, UK Prime Minister Boris Johnson was criticised for evading tricky election issues piling up at No 10 by delaying decisions until after the snap election set for 12 December.

A report on alleged Russian interference in British politics, believed to be withheld by Downing Street, contains evidence from Christopher Steele, the former head of MI6’s Russia desk whose investigation into Donald Trump’s purported links with Moscow sparked a US political scandal, reports The Guardian.

The current report was to be published on 28 October, yet on Thursday Dominic Grieve, the MP who chairs the committee, accused Prime Minister Boris Johnson of deciding to sit on it until after the snap general election set for 12 December.

Steele, who was tasked with tracking reported Russian influence operations around the world and who investigated the alleged murder of Alexander Litvinenko in 2006, is believed to have made written submissions to parliament’s intelligence and security committee (ISC).

ISC sources cited by the publication state that Downing Street is typically given 10 working days to clear an ISC report for possible classified matters.

Experts who gave evidence to the ISC were informed on Wednesday evening that the report was due to be published imminently.

No 10 sources are quoted as saying only Monday and Tuesday remained for the document to appear before parliament dissolves ahead of next month’s general election, prompting allegations of a cover-up by opposition politicians.

Speaking in the House of Commons on Thursday, Grieve said no explanation had been given for the “apparent delay”; the report passed to Downing Street on 17 October after Britain’s spy agencies had signed off on it.

Alleged Russian activity in the UK

The cross-party committee has been scrutinising evidence from the UK’s spy agencies and counter-intelligence specialists such as Steele for over a year to probe unproven claims that the Kremlin tried to distort the result of the 2016 EU referendum.

Work in this specific direction was launched in 2017 after the former Prime Minister Theresa May had expressed strong criticism of Russia’s activities, alleging it was planting fake stories in the media and thus sowing discord by “weaponising information” in the UK.

Four months later, the Novichok poisoning of Sergei and Yulia Skripal in Salisbury intensified the committee’s programme of work.
Written evidence was collected by the end of June 2018, and oral hearings were held in the second half of 2018. 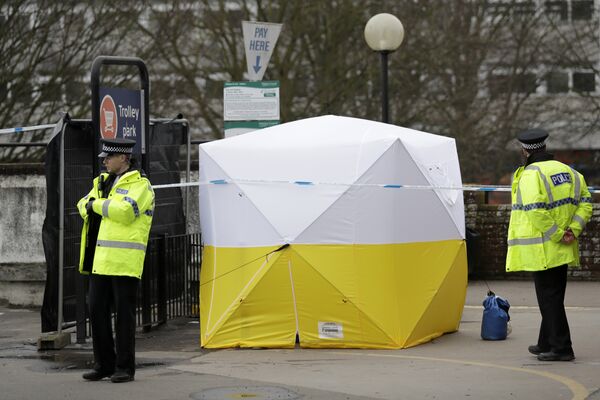 Two sources told BuzzFeed that British intelligence found no evidence of Russian meddling in either the 2016 referendum vote or the 2017 general election.

Before going into private business intelligence, Christopher Steele spent 22 years as an MI6 officer, including four years at the British embassy in Moscow during the time of the collapse of the Soviet Union.

In 2016, a UK inquiry into Litvinenko’s death found the Russian authorities responsible for the murder, despite failing to prove that the polonium-210 used to poison the former agent came from Russia. 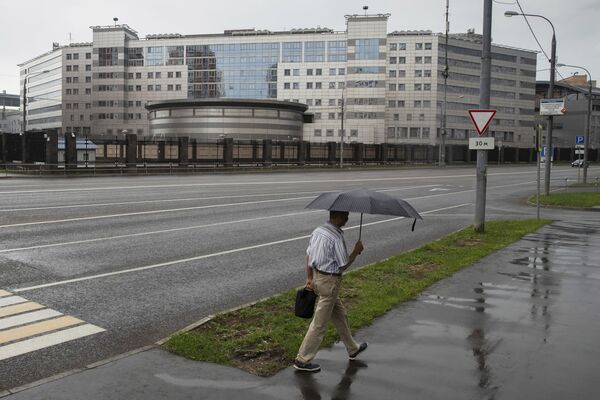 The Russian Foreign Ministry criticised the inquiry as politicised and lacking in transparency, underscoring that the report on the case presented "absolutely no evidence" to support accusations made against the Russian authorities.

Steele, who with a fellow MI6-retiree co-founded the private intelligence agency Orbis, authored a privately-commissioned dossier on Donald Trump and Russia, leaked in January 2016, that claimed tha Kremlin had been cultivating the future US president for at least five years.

In April 2019, US special counsel Robert Mueller published a final report on his inquiry, concluding that there was no evidence of collusion between US President Donald Trump and Russia during the 2016 presidential campaign.

UK Prime Minister Boris Johnson has been lambasted for delaying a number of contentious election issues at No 10 until after polling day on 12 December, as the UK Parliament is set to be dissolved on Tuesday, 6 November, triggering rules that restrict government communications and decision-making, after the House of Commons approved a snap general election.

MPs voted by 438 votes to 20 on Tuesday, 29 October, to hold a general election on 12 December once the Labour Party accepted that a no-deal Brexit had been taken off the table. 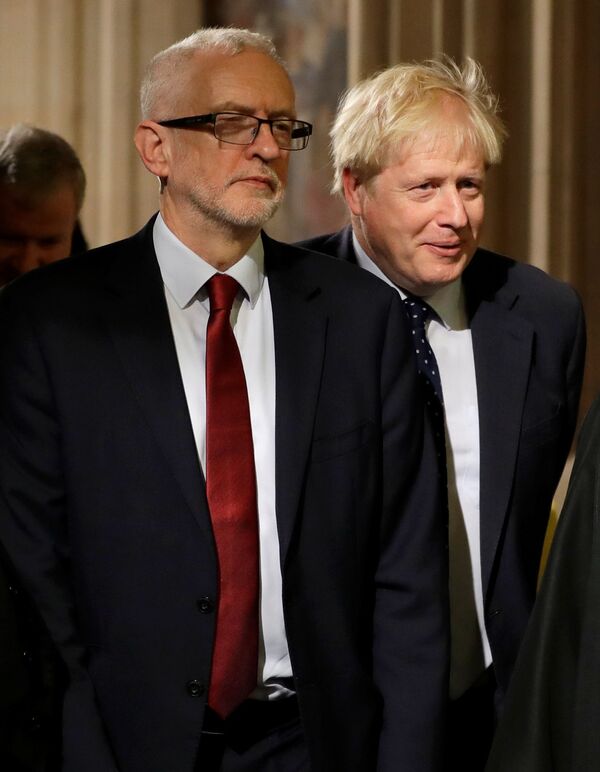 000000
Popular comments
.......same old nonsense as before - russian meddling in british referendums & elections - sheer fantasy - it's t he British politicians who have so far messed up the Brexit negotiations - big time - any input by Christopher Steele can be regarded as fake news !......