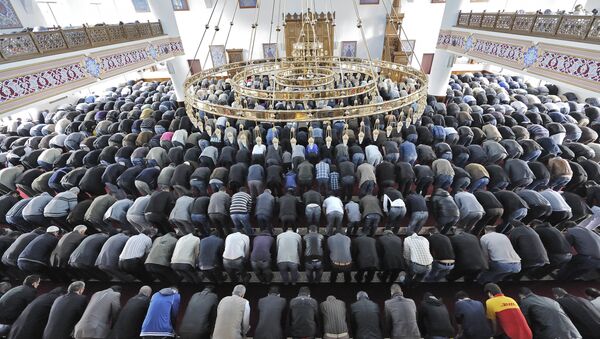 Two senior Swedish researchers and associate professors Magnus Ranstorp and Aje Carlbom have highlighted the threat of parallel societies being indirectly funded through taxpayer money in a recent joint opinion piece in the daily newspaper Expressen.

An illustrative example thereof, according to the researchers, is the student union Ibn Rushd which gets an annual SEK 23 million ($2.3 million) grant from the Adult Education Council (FR).

“By paying SEK 23 million a year to Ibn Rush, FR strengthens a politically-oriented group, one that can be linked to the Muslim Brotherhood's* ideological school”, the researchers wrote, describing the latter as “an Islamic minority that has been working to gain influence over Muslims' religious thinking”.

According to Ranstorp and Carlbom, this is tantamount to funding “institutionalised segregation with the aim of creating a parallel social existence for Swedish Muslims”. The unilateral support, they argued, permits the creation of an Islamic "parallel society" existing alongside the majority society. This goal is made clear by Ibn Rushd's own terminology, which uses a specific term, "Muslim civil society".

Ibn Rushd's largest areas of activity are the Arabic language and the Islamic way of life, whereas its target audience is new arrivals and marginalised Muslims living in vulnerable neighbourhoods, Ranstorp and Carlbom stressed.

"Given that these target groups are at a long distance from the majority community, it is doubtful that studies in Arabic and Islam are contributing to opportunities for participation in Sweden's democratic community", they wrote, stressing that their target audience already enjoys ample opportunities to speak their native language, but lack everyday opportunities to socialise with Swedes and learn how Swedish society is structured. "Supporting activities that encourage further isolation from the norms and languages of the majority society thus becomes counterproductive", they concluded.

Ranstorp and Carlbom also stressed Ibn Rushd's long history of inviting racist and anti-Semitic speakers, something, they ventured, no other organisation would have gotten away with.

"Given that Ibn Rushd has been active as a study association since 2008, it is reasonable to assume that the association has long been aware that anti-Semitism is unacceptable in the Swedish majority society", they stressed.

Therefore, they concluded, the grants may be seen as an encouragement to spread "a certain activist interpretation of Islam" whose stated goal is to establish a "Muslim parallel society".

In 2019, professor of political science Erik Amnå published a study "When trust is tested", criticising Ibn Rushd. The organisation met the criticism by accusing the critics of Islamophobia.

Ibn Rushd derives its name from an Andalusian scholar, whose name is often westernised as Averroes.

In 2017, the Swedish Agency for Youth and Society (MUCF) refused to fund the Association of Young Muslims, an umbrella organisation with over 30 member associations, concluding that the latter failed to respect the ideas of democracy and indulged in anti-Semitism and homophobia, and urging it to pay back funding from previous years. This became the starting point of a legal process over funding.

A 2017 Pew Research report documents the Muslim population at 8.1 percent of the total population of Sweden (10 million).

* The Muslim Brotherhood (also known as The Society of Muslim Brothers) is a terrorist organisation banned in Russia and several other countries.