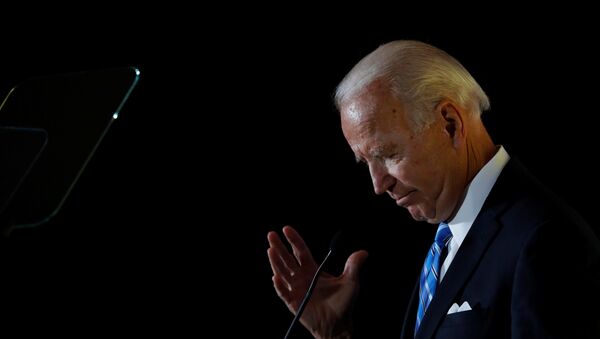 Acting US Ambassador to Ukraine William Taylor’s congressional testimony Tuesday has many Democrats and even some Republicans believing an impeachment vote on US President Donald Trump may be right around the corner. However, with the Democrats’ imperialistic track record in the not-so-distant past, the public proceedings could backfire.

Taylor spoke and answered questions for nearly nine hours in front of three congressional committees on Tuesday about Trump pushing the Ukrainian government to open an investigation of former US Vice President Joe Biden.

Jim Kavanagh, the editor of ThePolemicist.net, joined Radio Sputnik’s Loud and Clear on Wednesday to discuss the impact of Taylor’s testimony and examine what could come to a head if the House Democrats’ investigation finds wrongdoing by Trump.

Kavanagh told hosts Brian Becker and John Kiriakou that while Taylor’s testimony is “mostly hearsay and second-hand hearsay,” there is a “general narrative” that is plausible in two different ways: one deals with Ukraine’s relationship with the US State Department and Pentagon, and the other is related to Trump lawyer Rudy Giuliani and people around him “pushing for investigations.”

Closed-door investigation aside, however, the editor asserted that Democrats are currently pushing “the most reactionary, Russophobic and militaristic” narrative against Trump when it comes to Ukraine, despite the US’ past handling of relations with the country.

Moreover, “there’s no indicational recognition [from Democrats] that half the country of Ukraine rose up to resist the fascists who had taken over the government in Kiev” after the 2014 revolution, according to Kavanagh, just a generalized narrative of Ukraine turning westward and rejecting relations with Russia after February 2014.

As recently as 2018, Biden spoke at a Council on Foreign Relations event for his co-authored article “How to Stand Up to the Kremlin: Defending Democracy Against Its Enemies” and told a story about a moment in which he claimed to have strongarmed the Ukrainian government into firing state prosecutor Viktor Shokin.

“I was supposed to announce that there was another billion-dollar loan guarantee. And I had gotten a commitment from [then-Ukrainian President Petro] Poroshenko and from [then-Prime Minister Arseniy] Yatsenyuk that they would take action against the state prosecutor. And they didn’t,” Biden told attendees of the discussion.

“Well, son of a b***h. He got fired,” Biden said as the room erupted with laughter. “And they put in place someone who was solid at the time.”

Kavanagh highlighted that in August 2016, Biden issued a similar threat to the Kurds while visiting President Recep Tayyip Erdogan in Turkey and said the Kurdish population “cannot, will not, and under no circumstances will get American support if they do not keep” east of the Euphrates in Syria.

“The whole Ukraine story here has turned into a story of Russian aggression,” Kavanagh argued. He added that while House Democrats are currently investigating behind closed doors, a “can of worms” will be opened if the impeachment process progresses, as more questions and scenarios - such as Biden’s previous threats against a foreign government - will be brought to a public forum.