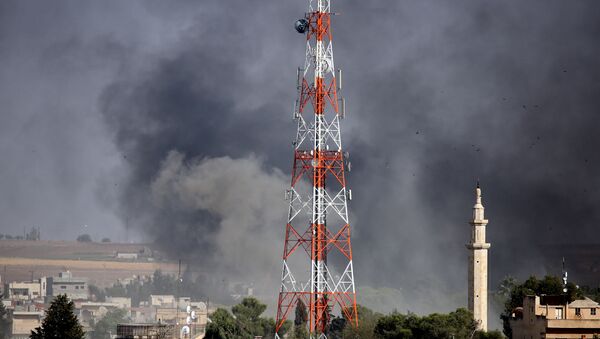 A five-day ceasefire was announced on Thursday following talks between Turkish President Recep Tayyip Erdogan and a US delegation led by Vice President Mike Pence in Ankara. The armistice, ending later today, aims to allow the Syrian Kurdish militia to pull out of a 20-mile border area.

The US expects the temporary ceasefire achieved by Washington and Ankara to transform into a permanent one by the end of the afternoon, according to White House Deputy Press Secretary Hogan Gidley.

According to Gidley, Washington wants to avoid a situation where the vacuum left by the US troop withdrawal will be filled with Russian forces.

Meanwhile, a senior American official was quoted by Reuters as saying that SDF General Mazloum had told the US that he had carried out all the obligations under the deal brokered by Washington and Ankara. 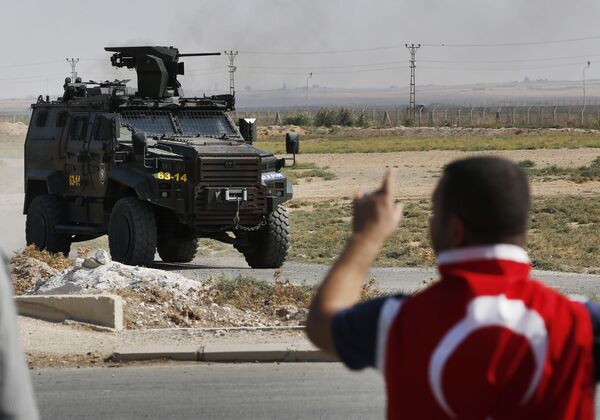 The official added that the United States is looking into various options regarding deploying US troops in north-eastern Syria.

Reuters also quoted the official as saying that US President Trump had greenlighted $4.5 million in direct aid to the White Helmets.

On Thursday, the United States and Turkey agreed to suspend the Turkish military incursion for 120 hours to let the Kurdish formations leave the buffer zone at the Turkey-Syria border. However, there have been numerous reports of violations of the truce.

The Syrian government has slammed what they call an “occupationist” policy by Ankara. Moscow, in its turn, stated that it is necessary to avoid actions that could hinder the peace process in the longstanding Syrian conflict.