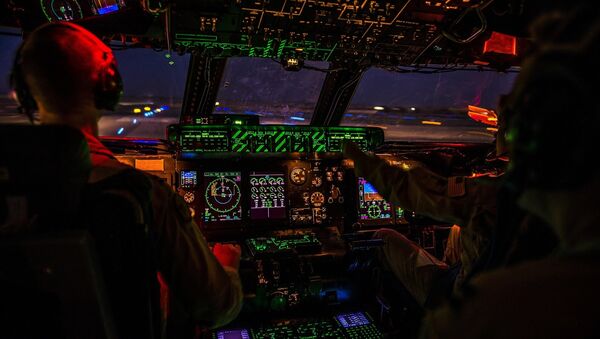 CC0 / /
Subscribe
Mohamad Ramadan is an Egyptian actor and singer who has appeared on numerous TV shows and movies in Egypt as well as becoming an internet sensation in January 2019 following the release of his hit-song Mafia.

The Egyptian government has issued a lifetime ban to a pilot for allowing celebrity and actor Mohamed Ramadan to enter and sit in the cockpit during a flight to Saudi Arabia, the BBC reported on Friday.

"After confirming the violations against the Egyptian civil aviation law, we have taken deterrent measures towards the reckless and irresponsible actions [of the pilot]", Egypt's civil aviation ministry said in a statement, reported by Egypt's Masrawy news.

The ministry added that aviation safety for Egyptian airliners was of paramount importance.

The actor and singer uploaded a video on 13 October to his Twitter and Instagram accounts showing him walking along the aisle and then sitting in the co-pilot's seat.

Speaking to the camera, he says: "In a first of its kind, I will go drive the plane."

The footage quickly cuts to him entering the cockpit and shows him taking hold of the controls, as someone else declares that the actor was now driving the planing.

An unknown person speaks off camera, saying "I swear to God, Mohamed Ramadan is the one driving the plane now".

Ramadan, who has over 7 million subscribers on his YouTube channel, uploaded the video of the rule breaking for the world to see.

Egyptian aviation rules explicitly forbid passengers from entering the cockpit while a flight is in operation and officials have said that the chief executive of the company in charge of the flight, Smart Aviation, had resigned from his position. The co-pilot has also reportedly been banned for a year.

​The video saw serious criticism from Twitter users, with one asking others to "imagine" if the celebrity had mistakenly been responsible for a crash and others demanding a boycott of the actor.

Ramadan responded on his Twitter account, claiming that the plane was private and a not a passenger plane, therefore no one else was at risk of being harmed.

Ramadan has made appearances in numerous Egyptian films and several TV series, and was said to be travelling to a concert at an entertainment festival in Riyadh, the capital of Saudi Arabia.

The 31-year-old actor also made a name for himself with his hit song Mafia, receiving over 158 million views on YouTube.

Despite his expansive support base, Ramadan has drawn controversy to himself before. In August, demands were made to ban the singer from perfoming after he was criticised for wearing a see-through shirt and dancing "provocatively" at a concert.

He was also accused of being insensitive for posting photos of two luxury cars he'd bought, as a significant portion of his fan-base comes from low income backgrounds.