Shame in Sofia: Bulgarian Fans Accused of Racist Chanting During Defeat By England 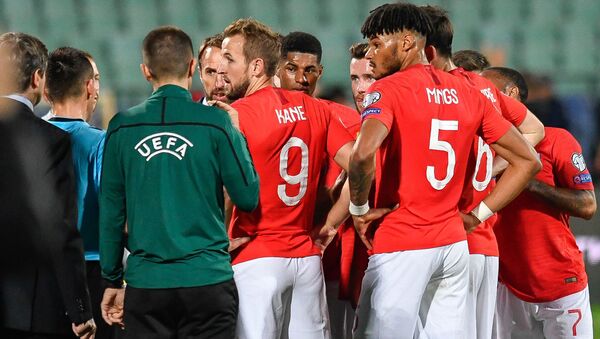 The 2020 UEFA European Football Championship will be held in 12 cities across Europe next summer with the final at Wembley Stadium in London. England will be one of the favourites.

The match was halted twice as some Bulgarian fans made monkey noises and raised their arms in Nazi-style gestures.

An official statement on the Bulgaria FA website read: "After many years spent in the post and with his many contacts at a high international level, Mr Mikhailov expresses his firm readiness to continue to help the development of Bulgarian football in every way possible." Earlier in the day, Bulgaria's Minister for Sport, Krasen Kralev, revealed the Bulgarian premier had vowed to cut all ties with national football bosses unless Mikhailov quit.

Kralev said: "A little while ago, the Prime Minister called me urgently. "You know in the last four years, the government has done a lot for the development of Bulgarian football. But after the recent events, having in mind the whole state of football, after yesterday's incidents, the Prime Minister has ordered me from today to suspend any relations with the football union, including financial ones, until the resignation of Borislav Mikhailov."

Mihaylov was a former goalkeeper who once played for English club Reading.

England manager Gareth Southgate said his side “made a statement” by staying on the pitch and completing the match despite racist chanting.

A spokesman for British Prime Minister Boris Johnson said on Tuesday, 15 October: "The racism we saw and heard last night was vile and has no place in football or anywhere else. The England players and management showed tremendous dignity and the prime minister commends the players who were targeted with this despicable abuse for their response. UEFA need to face up to facts. This stain on football is not being adequately dealt with. Racism and discrimination must be driven out of football once and for all."

​The visitors led 2-0 through goals from Marcus Rashford and Ross Barkley when play was first stopped and supporters were warned the game could be suspended if the chanting did not stop.

England made it 3-0 before Croatian referee Ivan Bebek was forced to stop the game again and he held discussions with players and coaching staff from both sides. Several Bulgarian “ultras” were ejected from the stadium at that point. 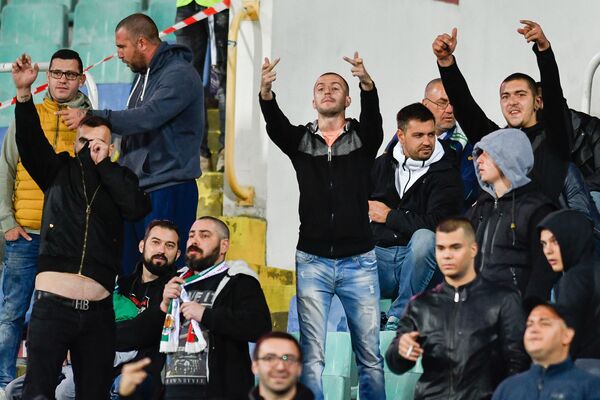 England, who lost to the Czech Republic on Friday, eventually won the game 6-0 with black players scoring three of the goals.

Afterwards Southgate told ITV: "We know it is an unacceptable situation. I think we've managed to make two statements really by winning the game, but also we have raised the awareness of everybody to the situation. The game was stopped twice and I know for some people that won't be enough, but I think we were as a group on board with that process."

The English Football Association said several players were subjected to “abhorrent racist chanting" and called on UEFA to investigate immediately.

Bulgaria captain Ivelin Popov has been pleading with the home fans at half-time to stop the racist chanting. pic.twitter.com/bH77WOzKnY

​Bulgaria, who are bottom of the Euro2020 qualifying group and have lost their last 10 games, could face a fine from UEFA.

One of the players who was targeted by the fans was Tyrone Mings, who was making his England debut.

He said: "The correct steps that were taken definitely helped. We made the decision at half-time to come out and play the game which we thought was the right decision. If anything else happened, we would have taken appropriate action."

​One end of the Vasil Levski National Stadium had already been closed after racist incidents during games against Kosovo and the Czech Republic in June.

England now need just a point from their final two qualifiers against Montenegro and Kosovo next month to qualify for Euro2020.