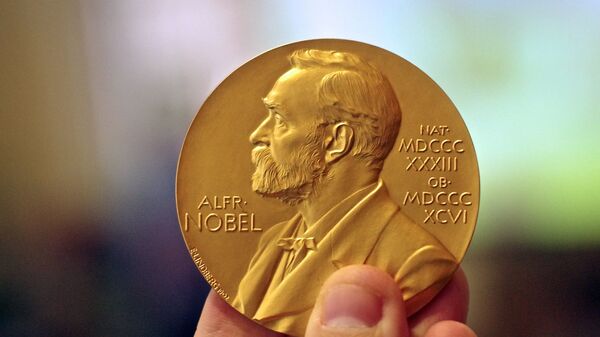 The 2019 prize amount is 9 million Swedish kronor ($915,300). The economics prize is a later addition to the five awards founded in the will of Swedish dynamite tycoon Alfred Nobel, established by the Swedish central bank and first awarded in 1969.

The Sveriges Riksbank Prize in Economic Sciences in Memory of Alfred Nobel 2019 has been awarded to Americans Abhijit Banerjee, Michael Kremer, and French-American Esther Duflo for their efforts to combat global poverty.

"This year's Laureates have introduced a new approach to obtaining reliable answers about the best ways to fight global poverty", the Royal Swedish Academy of Sciences said in a statement.

BREAKING NEWS:
The 2019 Sveriges Riksbank Prize in Economic Sciences in Memory of Alfred Nobel has been awarded to Abhijit Banerjee, Esther Duflo and Michael Kremer “for their experimental approach to alleviating global poverty.”#NobelPrize pic.twitter.com/SuJfPoRe2N

Watch the announcement of the 2019 Sveriges Riksbank Prize in Economic Sciences in Memory of Alfred Nobel.

"Esther Duflo, born in 1972, is the second woman and the youngest person to be awarded the Prize in Economic Sciences​", the award organisers said.

Duflo is only the second woman to win the economics prize after Elinor Ostrom received it in 2009.

The 2019 Economic Sciences Laureates’ research findings have dramatically improved our ability to fight poverty in practice. As a result of one of their studies, more than 5 million Indian children have benefitted from programmes of remedial tutoring in schools.#NobelPrize

​The Nobel Prize committee has been awarding achievements since 1901, by the will of industrialist and dynamite tycoon Alfred Nobel. His drive to promote the sciences and advancement of humanity came after he saw his seminal invention, dynamite, used as a tool of war instead of its originally intended purpose of mining. The prize fund for the award, about $900,000 per grant, is still primarily funded by the fortune he left behind.