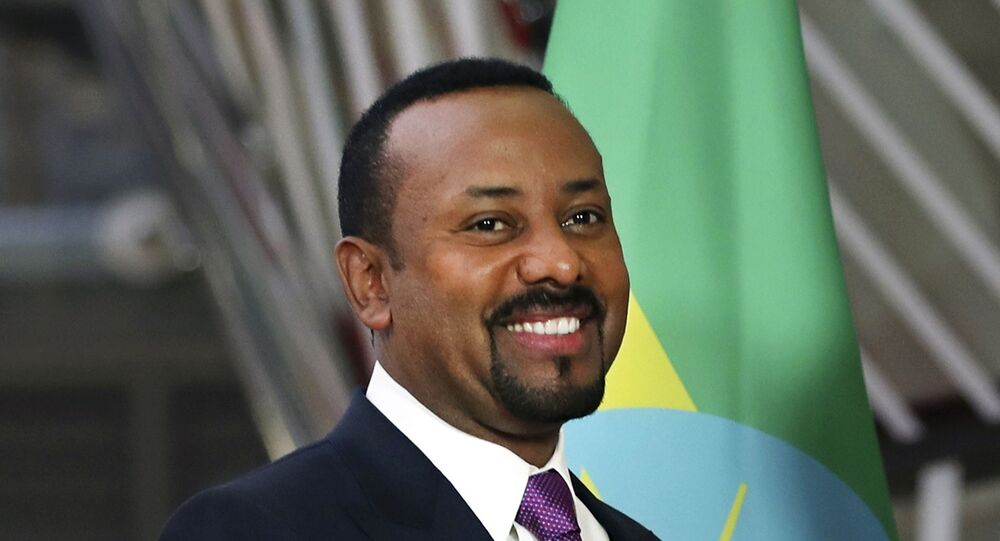 MOSCOW (Sputnik) The Office of Ethiopian Prime Minister Abiy Ahmed said on Friday that it was proud of the head of the government being awarded with the Nobel Peace Prize.

"The Office of the Prime Minister is pleased [to] express our pride in the selection of Prime Minister Abiy Ahmed as the 2019 Nobel Peace Prize Laureate," the office said in a statement. "This victory and recognition is a collective win for Ethiopians, and a call to strengthen our resolve in making Ethiopia – the New Horizon of Hope – a prosperous nation for all," the statement added.

Earlier in the day, the Nobel Committee announced its decision to award Ahmed with the Nobel Peace Prize over his contribution to the settlement of the conflict between Ethiopia and Eritrea.

The chancellery called on the people of Ethiopia and friends of the country to stand on the side of peace.

In June 2018, Ethiopia's ruling People’s Revolutionary Democratic Front decided to fully accept and implement the peace deal signed by Addis Ababa and Asmara in 2000. The Algiers Agreement, as it was called, recognized some disputed areas, including the town of Badme, as Eritrea's territories. As part of the agreement, Ethiopia had to withdraw its forces from the territories that the agreement considered as Eritrean, a process it began in late 2018.

Eritrea split from Ethiopia in the early 1990s, leaving the latter landlocked. This sparked a war between the two countries in 1998-2000, which killed around 80,000 people.