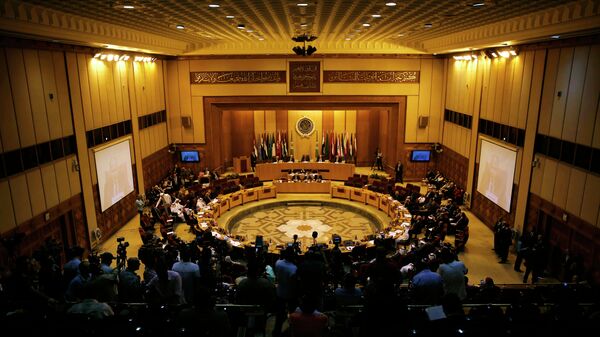 "We condemn this aggression. We call upon Turkey to immediately and completely stop all military action and withdraw troops, which have entered the Syrian territory," Aboul Gheit said during the opening address to the emergency LAS session amid the Turkish military operation in Syria.

The Arab League chief has warned Ankara about the full responsibility for the "possible humanitarian consequences of the aggression."

He expressed concerns over a "real genocide of the Kurds," who reside in the north of Syria. According to Aboul Gheit, an approximate 300,000 people risk becoming refugees in the coming days because of Turkey's actions.

On Wednesday, Turkish President Recep Tayyip Erdogan announced the launch of military operation Peace Spring in northern Syria against Daesh* and the Kurdistan Workers' Party, which Ankara designates as terrorists. The military action in the air has begun the same day in the Ras al-Ain town of Al Hasakah province, and the land operations have been launched shortly after.