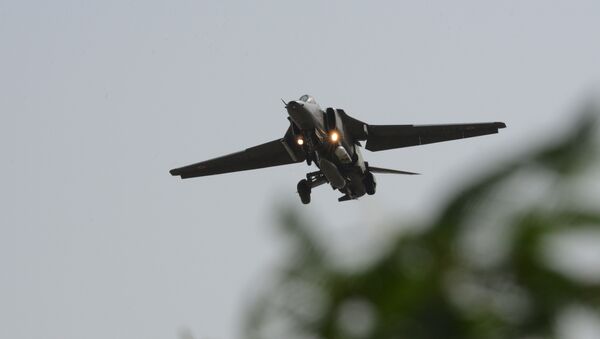 New Delhi (Sputnik): Days after Indian media platforms bragged about the new-found confidence of Indian security forces upon receiving the first of 36 Rafale fighter jets, the Pakistan government sought to clear the air with an indirect caution to its arch-rival.

The Pakistan Foreign Office on Thursday indirectly cautioned India against pushing the region of South Asia into an arms race. Without naming India, Foreign Office spokesman Dr Mohammad Faisal said Pakistan can defend itself against any aerial attack from across the border should it ever take place.

Urging the world community to step in to prevent an arms race in South Asia, the officer reminded the world and New Delhi of the “result” of the aerial dogfight of 27 February, in which an Indian jet was reportedly shot down by Pakistan.

“The whole world was a witness to the 27 February episode,” Dr Faisal said while responding to a query on India inducting its first of 36 Rafale fighter jets into its air force on 8 October.

The dogfight occurred between Indian and Pakistani fighter pilots over the Nowshera Sector near the Line of Control (LoC), the boundary that separates Pakistan and India in the Kashmir region.

It had occurred a day after the Indian Air Force (IAF) had claimed success in pulling off a pre-emptive missile strike on a training camp, run allegedly by the globally banned Jaish-e-Mohammad terror outfit, in Pakistan’s Balakot region.

The Pakistan Army had then captured a 36-year-old IAF wing commander after his MiG-21 Bison was shot down during a dogfight with Pakistan Air Force jets.

He drew admiration not just for his feat, but also for his composure during his captivity in Pakistan. Pakistan released him on the night of 1 March.

“Pakistan will not indulge in any arms race. The focus of the present government is on human development, health and education,” the Foreign Office spokesman said.