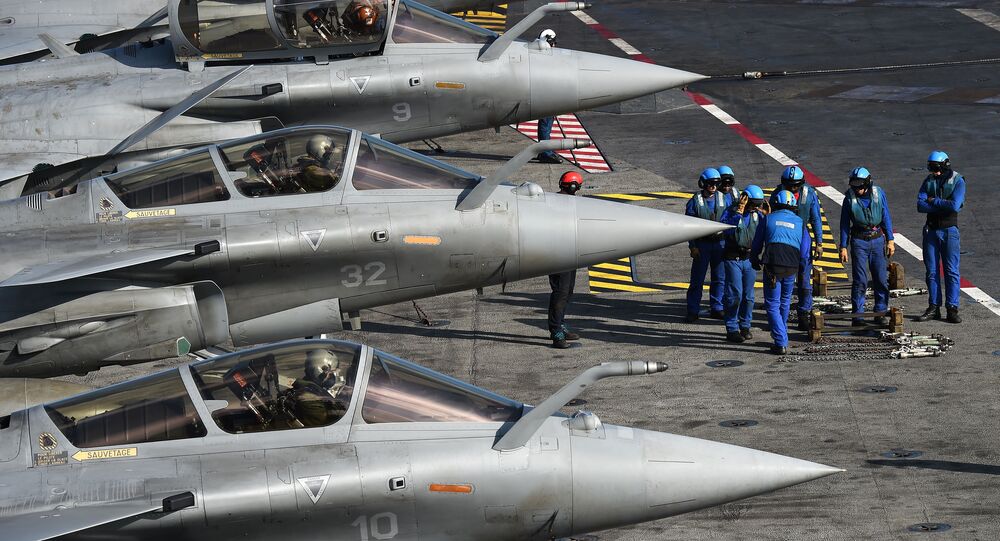 Rajnath Singh on Tuesday received the first Rafale jet at assembly facility of Dassault Aviation at Merignac, a suburb of the south-western French town of Bordeaux in the presence of French Minister for Armies Ms Florence Parly.

"Today is a new milestone in the Indo-French strategic partnership and indeed a new high in the bilateral defence cooperation. Such achievements encourage us to do more and that will be on my agenda when I meet Ms Parly for discussions," Rajnath Singh said before the symbolic ceremony to receive the first fighter jet.

New Delhi and Paris had signed an inter-governmental agreement on 23 September 2016 to purchase 36 Rafale jets at over 7.8 billion Euro and the all the jets are contracted to be made available by 2022 while the first four Rafale are scheduled to arrive in India by May 2020.
"I am sure delivery timeline will be met by the French side, and also all 36 aircraft and related equipment and the systems," Singh added.

The Rafale jets will come with various India-specific modifications, including Israeli helmet-mounted displays, radar warning receivers, low band jammers, 10-hour flight data recording, infra-red search and tracking systems, among others. The deal had generated a lot of heat in India, as opposition parties levelled corruption charges in against it. But the Supreme Court of India gave a clean chit to the Narendra Modi government after scrutinising documents relating to the deal.