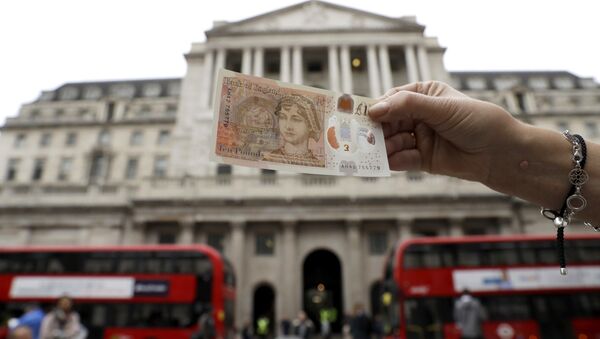 Quarterly growth figures released by the ONS have seen UK productivity largely stagnate since the financial crash in 2008, with business becoming increasingly dissatisfied with the uncertainty around Brexit and avoiding investment in long-term fixed capital, including new technology and software.

Labour productivity in the UK fell at its fastest pace in 5 years in the second quarter of 2019, according to a Office for National Statistics (ONS) report released on Tuesday.

The release showed that national productivity, which measures overall economic output per hour worked, declined by 0.5 percent in the three months to June, compared with the same period last year, making this the UK's worst economic performance since mid-2014.

Public service productivity was down 0.5% on the previous quarter and 0.3% on the same quarter of 2018 https://t.co/zLgfFor3RZ pic.twitter.com/jMjyd67ogc

​This slump follows 3 consecutive quarters of falling or stagnating growth rates with the UK, producing less per hour than at any point in the last 2 years, suggesting a poor outlook for wage growth which tends to follow productivity.

The ONS study showed a zero growth rate per job in the second quarter, despite experiencing the highest employment levels on record in the same period, an indication that high employment and increased working hours are not reflected in output.

It is also consistent with the faltering UK growth rates since the 2008 financial crisis, falling well below economic trends prior to the crisis, as well as the ongoing Brexit limbo.

The Bank Of England also attributes a drop of 2 - 5 percent due to Brexit uncertainty, claiming that over the last 3 years the indecision of the British government is the major culprit behind declining productivity.

According to the central bank, uncertainty around Brexit has harmed growth rates, and is discouraging investment in improved fixed capital such as equipment and software, instead prioritising hiring more people who can be removed if revenue falls.

Jon Boys, a labour market economist at the Chartered Institute of Personnel and Development (CIPD) said, “We mustn’t be fooled by recent strong earnings-growth figures, which have been driven by a tight labour market and not an increase in employers’ ability to pay".

This statement was echoed by Tej Parikh, chief economist at the Institute of Directors, who identified that, “Policymakers have been distracted from putting together the various pieces of the productivity puzzle, ranging from the skills agenda to infrastructure improvements".

Shadow Chancellor John McDonnell called the ONS release an example of how the ruling Conservatives were “running the economy into the ground".

"This damning indictment of the government’s record reflects not just its Brexit bungling but a failure to tackle long-term challenges in the economy". 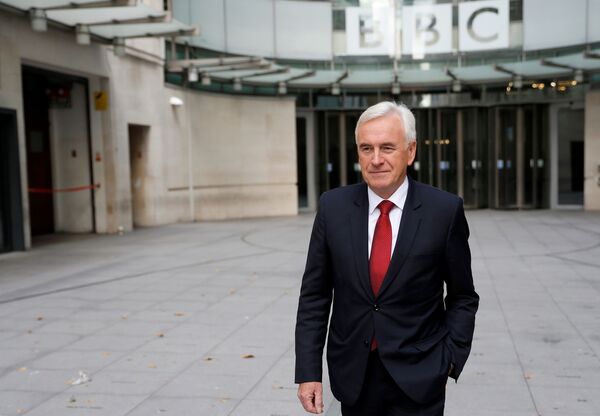 This comes just as the Institute for Fiscal Studies and Citibank said in pre-Budget report on Tuesday that the government of Boris Johnson has little space left for budget cuts if it wishes to grow the economy.

Paul Johnson, director of the IFS, said: “The big spending increases about a month or so ago . . . put the Conservative day-to-day spending on public services next year closer to what Labour had in its 2017 manifesto than the Conservatives had in theirs”.

Christian Schulz, an economist and director at Citibank said that the brightest economic forecast would be under a Labour-led coalition government, as opposed to a Conservative one and a no-deal Brexit.

“In 2022, which is the end point for [our forecast] . . . the economy under a Labour government would be almost 5 per cent bigger than under a Conservative government” Mr Schulz said.

Labour's current policy, despite supporting a 2nd EU referendum or an alignment with the EU Customs Unions and Single Market, is to introduce a significant investment programme of £250 billion over a 10-year period, including the nationalisation of utilities such as water, electricity, and transport.

Johnson's government said at the Conservative Party Conference in Manchester last week that it would prioritise growth rates.

“With infrastructure, education and technology we will drive up the productivity of this country and bring it together" the prime minister said.