Massive Fire Breaks Out At Warehouse in Eastern France - Video 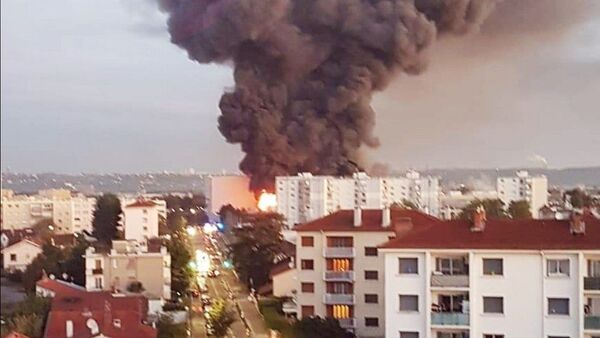 More than 90 firefighters and 35 fire trucks have been dispatched to the scene to contain the conflagration.

A massive fire has broken out at a warehouse in Villeurbanne, a municipality in Greater Lyon, France on Tuesday morning. There were no immediate reports of any causalities or the cause of the blaze.

A thick pillar of smoke is seen emerging above the storage facility in images circulating in social media.

According to the latest update, the fire has been contained but a squad of firefighters remain present at the site.