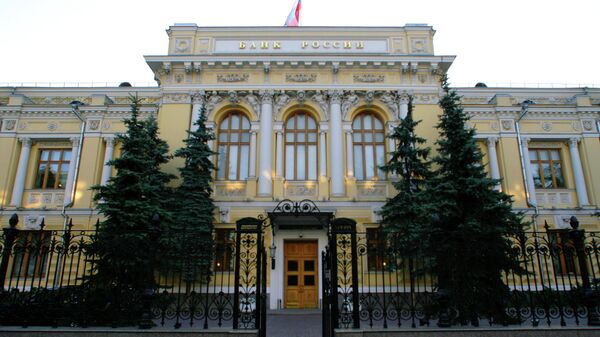 © Sputnik / Anton Denisov
/
Go to the mediabank
Subscribe
International
India
Africa
Ilya Tsukanov
All materialsWrite to the author
Russia created its own payment network, called the ‘System for the Transfer of Financial Messages’ (Russian acronym SPFS) after Western countries tried to cut Moscow off from the SWIFT payment system in 2014 in the wake of the Ukraine crisis.

“We have provided the opportunity for foreign banks and legal entities to connect to SPFS. Today, the system has around 400 users, including eight foreign entities,” Bakina said, speaking at a banking and retail forum in Moscow on Wednesday.

“Three foreign banks are already included in the user directory and are up and running, while others, having concluded an agreement, are carrying out the technical procedures for joining, engaging in testing, etc. First off all, [these banks are from the] Eurasian Economic Union,” the official explained.

Created in 2014, the Eurasian Economic Union includes Russia, Armenia, Belarus, Kazakhstan and Kyrgyzstan. Ukraine had also expressed interest in joining, but lost interest after the February 2014 coup d’état in Kiev, which sparked a political, economic and military crisis in the country.

Russian authorities began work on the SPFS in late 2014, after officials from the Belgium-based Society for Worldwide Interbank Financial Telecommunication (SWIFT) confirmed that they faced pressures from countries including the UK to disconnect Russia from the system. SWIFT rejected the pressure, and warned that such actions threatened to “undermin[e] the systemic character of the services that SWIFT provides its customers around the world.”

According to Bakina, SPFS has enjoyed respectable growth over the past year, with traffic accounting for about 15 percent of that of SWIFT inside Russia, up from 10-11 percent in 2018.

The official also pointed to efforts by the Central Bank to create the opportunity to include new members in the SPFS via ‘service bureaus’ – a special entity from organisations who are already members of the system, with the latter acting as a hub. “We are currently developing this concept, because there is demand for it from markets and users, the service is in demand,” Bakina said.

Last month, Russian presidential aide Yuri Ushakov said that Iran was one of Russia’s partners, and that the two countries were working on ways to link Russia’s SPFS and Iran’s SEPAM, a Persian acronym for that country’s own homegrown electronic financial messaging system.

Russia’s SPFS came online in late 2017, with over 400 institutions, mostly Russian banks, joining the system within a period of several months.