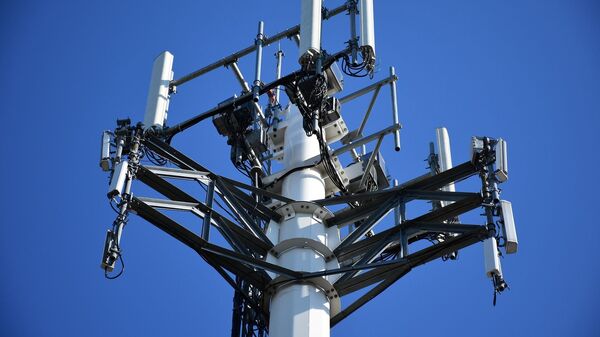 Ilya Tsukanov
All materialsWrite to the author
The Chinese tech giant has made strides to replace American-made hardware, software and technology in its 5G internet and smartphone divisions after being placed on a US Commerce Department blacklist earlier this year.

Huawei has begun manufacturing 5G base stations – the towers facilitating wireless communication between mobile devices and internet networks, without the use of parts made in the USA, company founder and CEO Ren Zhengfei has announced.

“We carried out the testing in August and September, and from October on we will start scale production,” Ren said, speaking at a forum late last week.

According to the company chief, the initial plan is to build 5,000 ‘US part-free’ 5G base stations per month, with more capacity being introduced as it becomes possible to do so.

5G is a major element of Huawei’s business, with the company expecting its 5G base station production to hit some 1.5 million units by next year, more than doubling the 600,000 units expected to be manufactured in 2019.

Huawei president of corporate strategy Will Zhang told Reuters that the Chinese-made components in the base stations would be “no worse” than their US-made analogues, and said that the company has enjoyed “positive surprises” from its efforts.

Huawei's domestically-manufactured 5G base stations are the latest technological breakthrough announced by the company following the introduction of US restrictions meant to limit US companies’ ability to do business with Huawei this past May.  Earlier this month, the company suggested that its newest smartphone, shipped without popular Google apps, would be able to compete directly with the latest Apple iPhone, which also launched this month (and doesn't feature 5G).

Huawei unveiled its very own operating system – the HarmonyOS, in August, rolling out the new domestically-developed firmware package after spending years working on the project as a contingency.

Last week, Chinese media reported that every component of its new Mate 30 series of phones could be sourced from two Chinese-based suppliers if necessary. 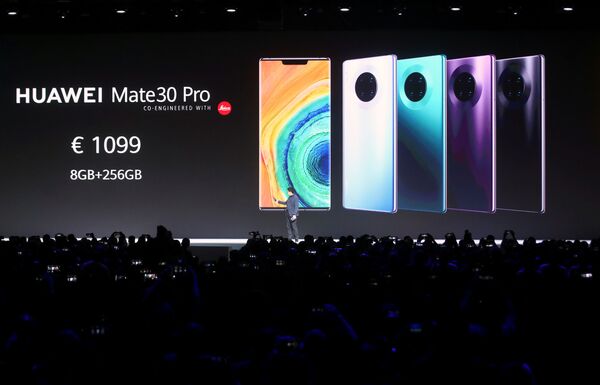 ‘Not Only Did Huawei Not Die, It is Doing Better Than Ever’

Earlier this month, Ren Zhengfei boasted that the US Department of Commerce blacklisting of Huawei has not only failed to pay off, but prompted the company to trim the fat and focus resources on its most important divisions, which will leave the company better off in the long run.

“When the entity list came out, they hoped Huawei would die,” Ren said. “Not only did Huawei not die, it is doing even better,” he noted. According to Ren, Huawei has invested some $4 billion into research and development on 5G technologies over the past decade.

Founded in 1987, Huawei has grown over the past decade to become the world’s second-largest smartphone brand, while close to 90 percent of the world’s major phone carriers now use the Chinese company’s telecommunications equipment for their networks. Recently, the US has attempted to pressure its European allies to break their contracts with the company to develop 5G infrastructure, but has enjoyed limited success to date.

After placing Huawei on its entity list in May, the Department of Commerce was forced to give the company two 90-day extensions, exempting US tech companies from the ban after major companies including Intel and Microsoft warned that they would stand to lose billions of dollars if their right to sell processors, software and other equipment to Huawei was cut. Earlier this month, Reuters reported that US companies could face between $14-$56 billion in financial losses and 18,000-74,000 lost tech jobs as Huawei works to grow its ecosystem of compatible technologies.