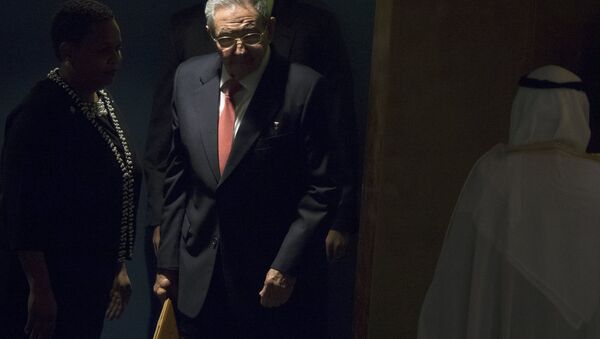 Former Cuban leader Raul Castro, 88, is now serving as the first secretary of the Central Committee of the Communist Party of Cuba, the most senior position in the socialist state, succeeded his brother Fidel Castro in April 2011.

The US State Department has said in a statement that Washington is publicly designating Cuba's Raul Castro for alleged involvement in human rights violations.

Pompeo pointed out that the United States has also designated other Cuban citizens, including Castro's relatives, "who are involved in human rights abuses or corruption", adding that the designees may be ineligible for entry into the United States.

The sanctions may refer to an incident that occurred on 24 February 1996, when the Cuban Air Force shot down two aircraft, killing three US citizens and one legal resident.

A US federal court indicted head of the Cuban Air Force General Ruben Martinez Puente, and the two pilots, Lorenzo Alberto Perez-Perez and Francisco Perez-Perez, on charges of murder, the letter stated. However, then-Minister of the Revolutionary Armed Forces Raul Castro, whom lawmakers believe was ultimately responsible for the act, was never charged.

Raul Castro was replaced by Cuban First Vice President Miguel Diaz-Canel as the new president of Cuba in April 2018.

Following the victory of Cuban revolutionaries over the US-backed government in 1959, Washington severed diplomatic ties with Cuba and imposed a trade embargo on the country. In 2014, Washington and Havana expressed their intention to start working on normalising bilateral relations. As a result, many restrictions on exchanges between the United States and Cuba were eased under then-President Barack Obama.