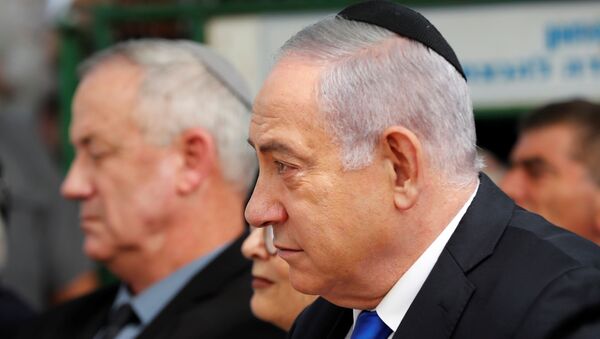 "Only a complete and live broadcast will give transparency and justice regarding the leak against me", the prime minister said.

Next week, Netanyahu is set to face Attorney General Avichai Mandelblit, who will make a decision on whether the Israeli prime minister will be indicted on bribery and fraud charges.

On 25 September, he received a mandate from Israeli President Reuven Rivlin to form a new government after he failed to secure a clear election victory.

Prior to that, Israel held a general election to its 120-seat unicameral parliament, the Knesset. According to official election results released on 25 September after 98 percent of votes were counted, Blue and White has secured 33 seats, and Netanyahu's Likud has won 31.

Meanwhile, the Magistrate’s Court in June found Sara Netanyahu guilty of intentionally exploiting another person’s error, under a plea bargain that cleared her of a more serious fraud charge.

In February, the Israeli attorney general accused Netanyahu of bribery, fraud and breach of trust. Each crime which is set to be examined separately.