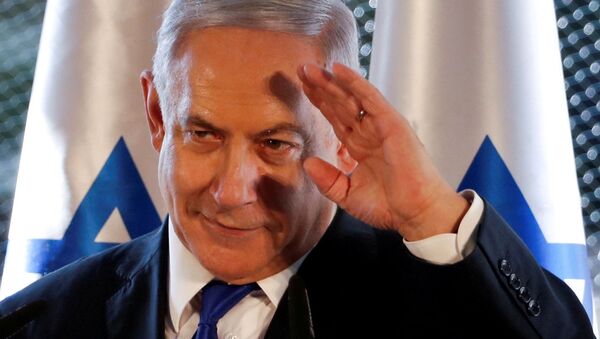 Tim Korso
All materialsWrite to the author
The last time the prime minister was tasked with forming a government, he failed to do so in time, thereby triggering the first snap election in the country’s history. The new vote didn’t provide better results for his Likud Party, as its main rival – the Blue and White alliance – managed to gain one seat more, but still fell short of a majority.

Despite formally losing to Benny Gantz's Blue and White Alliance in the 17 September election, head of the Likud Party and current Prime Minister Benjamin Netanyahu received a mandate from the country's president to form a new government. This became possible due to Likud's ultraorthodox allies’ support of Netanyahu's candidacy, which placed him one MP ahead of Gantz.

But the prime minister has few reasons to celebrate, as several major Israeli media outlets have pointed out, citing the lack of options available for him to negotiate a new coalition government. The Times of Israel noted that Netanyahu didn't even smile when receiving a mandate from President Reuven Rivlin on 25 September, referring to his task for the upcoming weeks as "Mission Impossible" - albeit with a question mark. 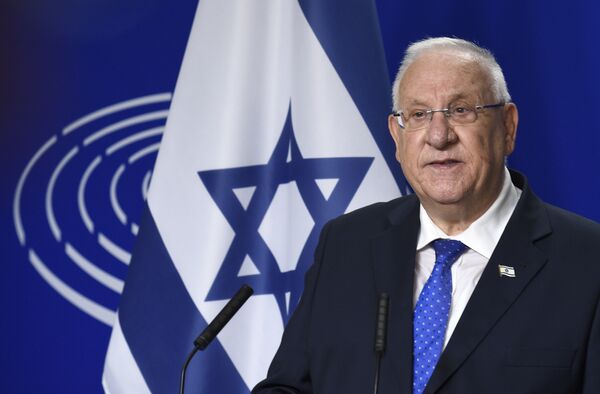 Despite calling on his opponents from the Blue and White to form a government of national unity, the Israeli media has overwhelmingly indicated that this is unlikely to happen after opposition leader Benny Gantz strongly refused to form a government with a prime minister facing corruption charges. The only viable alternative for Netanyahu to achieve the necessary 61-vote majority is Avigdor Lieberman's secular Yisrael Beiteinu Party. The problem here is that Lieberman refuses to build a coalition with ultraorthodox parties - which granted the prime minister the support of 23 MPs, thereby raising his share of seats in the Knesset from 32 to 55 seats.

The newspaper Haaretz believes that Netanyahu will use both his mandate and the impasse in coalition talks as an opportunity to "campaign" for himself, arguing that the prime minister never ceases to do so.

"Netanyahu’s art of the constant campaign is that you are always fighting. Fighting to form a government. Fighting to keep your coalition together. Fighting to undermine your rivals within your party and in the opposition. Above all, fighting the next election even when the previous one has just ended", Haaretz opined.

The Times of Israel, in turn, noted that after failing his "impossible" mission to form the government, Netanyahu could return the mandate to the president, who would then pass it to Gantz and who also has few options to gain the missing seven necessary MPs. According to the media outlet, this way the prime minister could depict his opponent Gantz as "the holdout against a viable government", thus gaining public support ahead of a second snap election, the possibility of which now "looms larger".

The Jerusalem Post indicated that Netanyahu could still hope for Gantz's or Lieberman's parties to "be the first to blink" and agree to form a coalition, effectively granting the prime minister a new term. But the newspaper noted that in light of the accusations against him and possible indictment on corruption charges, his term could be a short one. 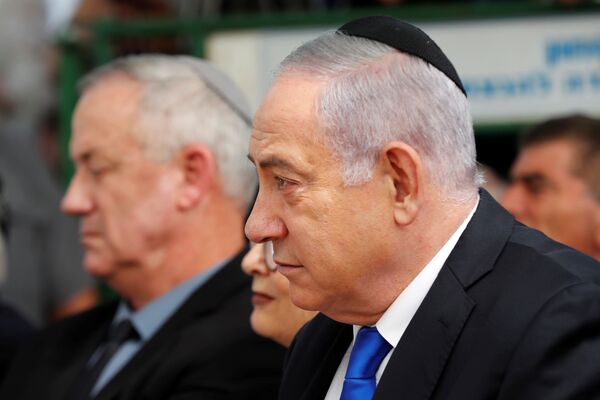 This is Netanyahu's second shot at forming a government this year. The last time was after the April 2019 elections, when he failed to negotiate a majority coalition in time and dissolved the Knesset, triggering the country's first snap election, which took place on 17 September. Netanyahu's Likud Party finished second, with 32 seats, as opposed to 33 obtained by Gantz’s rival party. Still, the latter also fell short of supporters outside of the party, gaining only 54 MPs on his side to back his desire to form a government, while Netanyahu was supported by 55 Knesset members.