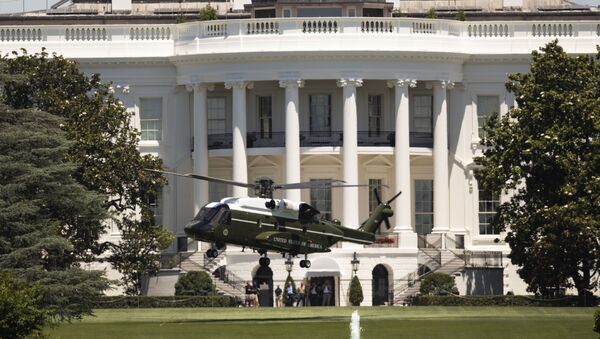 The White House has "accidentally emailed" what was described by CNN's Jim Acosta as "talking points" to House Democrats and later tried to recall it.

Best part is when they tried to recall the message. pic.twitter.com/gtrcbaNWF8

The release of the transcript, the conversation itself and the "accidental" email sent by the Trump White House stirred local netizens who instantly mocked the whole situation.

Did they spell “Zelenskyy” wrong too?

Another day~Another massive failure by the WH to look competent. The verbiage sounds exactly like Sarah Sanders . Is she moonlighting for Donald?
1) This is the fault of the media
2) The “deep state” is behind this
3) Democrats want to burn down our country
4) Donald is a Victim

Isn't incompetence grounds for impeachment? If not it should be.

Or do we have another secret whistleblowing candidate on the inside of the GOP?

Last week, citing a whistleblower complaint, US media reported that during the July phone call, Trump urged Zelensky to cooperate in a probe of Hunter Biden’s business dealings with a Ukraine gas company. In 2016, Biden admitted publicly to having threatened Ukraine authorities with pulling $1 billion in US loan guarantees if Kiev did not fire the prosecutor in charge of the case against his son.

The White House released the transcript one day after the House launched a formal impeachment inquiry over allegations that Trump pressed Zelensky to investigate the scandal involving Joe Biden stopping a Ukrainian investigation into Hunter Biden’s alleged criminal activity in order to boost his 2020 re-election bid.

Meanwhile, Republican lawmakers including Senator Lindsey Graham, Congressman Jim Jordan and House Minority Whip Steve Scalise said the transcript proves that Trump did not break any laws and that Democrats are still attempting to undo the 2016 US presidential election.